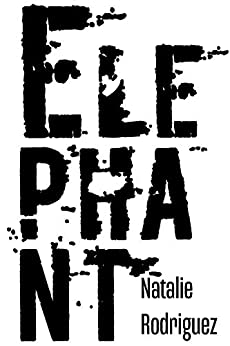 When was the last time you were shut down for experiencing a mental health struggle or feeling unheard by others, including those closest to you?
Summer of 2006.
Four childhood best friends.
A family secret.
After a strange encounter leaves him hospitalized, a timid teenage boy named Matt "Matty" Smith comes home to a continuous series of events met with anxiety, depression, and PTSD. Under the guardianship of his grandma, Lucia, Matt lives with unspoken questions about his grandfather and parents. The elephant in the room.
As Matt develops over the summer, the secrets only grow more profound and complex. Will the answers ever come? While searching for answers, Matt and his three childhood best friends encounter the meanings of love, forgiveness, and fate.
This story is for those who feel their voice is unheard and for children, teenagers, and the adult who never had the chance to heal from their pain.

Natalie Rodriguez is an award-winning writer, director, and mental health and anti-violence/trauma advocate based in Los Angeles, CA. In 2014, she graduated from California State University, Fullerton with a Bachelor of Arts in Radio-Television-Film. Her first experience in entertainment was an internship at the Conan O'Brien show and Peter Guber's Mandalay Pictures, where she worked at the offices of producers, Matthew Rhodes (“Cherry,” "Men in Black: International") and Academy Award-winner, Cathy Schulman ("Sharp Objects," "Crash"). Natalie was also a panelist at events, including Google, Hispanicize, and YouTube, where she has shared her story as a writer, filmmaker, and a female working in the entertainment industry. Some of her previous writing work can be found in publications such as the HuffPost Blog, Thrive Global, Anxiety Resource Center, Opposing Views, NowThis News, Zooey Deschanel's Hello Giggles, The Mighty, and more.
In 2017, she founded her production company, Extraordinary Pictures, focusing on both films, television, digital series, and social issue projects. The company has a list of projects in its roaster, including development on a TV sitcom, "The D," which placed in top-ten for best comedy screenplays at Stage 32. At the moment, Natalie’s second directorial feature film, “Howard Original,” is in post-production and set for an August 2020 release date on YouTube Premium. The film is based on the award-winning short film about a washed-up screenwriter named Howard, who encounters more than just selling a story, a studio rejection, and writer's block when his pet cat comes to life. Natalie’s directorial feature film, "The Extraordinary Ordinary," which she also wrote, produced, and was the executive producer on, is making its round through the festival circuit. The film deals with young adults, mental health awareness, and the aftermath of trauma. The film won ‘Best Film About Women’s Empowerment’ at the Glendale International Film Festival and scored nominations in Best Director, Best Female Director, and Best Picture.
The film also had a sold-out world premiere screening at the Los Angeles Diversity Film Festival (LADFF), winning ‘Best Performance’ by the leading actress, Maddison Bullock. Further details on the project can be found @theextraordfilm, including recent film festival awards and nominations. Her other screenplays and films have also been featured and placed in the final rounds at HollyShorts Film Festival, NALIP: Latino Lens Film Festival, ShortsTV, Stage 32: Comedy Screenplay, Beverly Hills Film Festival, Culver City Film Festival, Indie Night Film Festival, Hollywood Screenplay Contest, Table Read My Screenplay - Austin Film Festival, and others. Natalie was most recently an ambassador for Jen Zeano Designs (JZD), a clothing company in association with USA Networks.
While she continues to build her creative background, Natalie is always open to collaborating with other artists and advocates. Currently, she awaits the publication of her first young adult novel this April 2020, "Elephant," a story about four childhood best friends who uncover a family secret. The book was also a finalist at Clare Books' the Binge-Watching Cure II contest for 'Best Novel.’ For details on previous and upcoming projects, be sure to check out @natchristinerod and @extraordpictures.

I finished this book a few days ago and am still reeling under its effect.
You may ask me why - the answer is simple. This book is perhaps the closest I came to see my own life reflected in a book.
Coming from a dysfunctional family, I grew up having truckloads of trauma. I always joke saying the only inheritance I have is trauma. Because even after working on it for decades, it seems far from gone. It might just take me a lifetime to undo all the damage it has caused on my mind and body, but we can always try.
Coming to the book, I said yes to read both the books by the author for the sheer connection I found in the blurb. It was as if the books were calling me out, asking me to read between the lines and find the message they had to share with me. So obviously, I went in with a lot of expectations.
And the best part was, the author and the book both lived up to them!
For a major part of the story, I was Matthew or Matthew was me. As a teen who was into self-harm and was depressed as a child, his story gave me goosebumps. The writing is raw and gripping. There were many places where I wanted to quit the book and not because it was boring. Simply because the content was too much for me to process. The writing was ringing in my head bringing back some unfortunate memories which I had suppressed for a long time.
However, now that I have finished reading it, I can say that reading this book was therapeutic in many ways. It helped me face a lot of my ghosts from the past and reanalyze the impact they have had on my mind.
I love how the author has titled it Elephants to signify the elephant in the room. Now for me, there were two elephants in the room. One is the terrible secrets families hold within their hearts, never wanting to address how horrible and damaging those can be. And second, was the impact it all has on one's mental health. How mental health is ignored and considered imaginary!
The author's writing is on that is engaging and at the same time, it was not preachy. Rodriguez does not give any answers, solutions, lessons, or knowledge. She simple shares a story and like any other storyteller leaves it on the reader to understand the unspoken.  The character of Matthew is relatable and also capable of moving a reader beyond words. The narrative is one that can easily be called lucid and it simply flows. Natalie does not infantilize the reader by emphasizing every single aspect. Her writing style is more of laying bare the facts and leaving it for you to conclude.
Interweaving various themes of friendship, love, grief, trauma and family issues, Elephants is a hauntingly beautiful read.
This book spoke to me on many fronts. As the blurb says, it is for someone who feels their voice is unheard and this book does a good job at making you feel heard.
Strongly recommended, but be warned. It might know some forgotten doors of your heart and mind and you will never be the same person after reading this book. It promises to alter the way you look at it all!