Showing posts from May, 2020
Show All

Image Source: Amazon.in About the Book  Who Wants to Marry a Mamma’s Boy and Other Stories is an engaging collection of short stories by columnist and award-winning writer Manjula Pal. She strings together the emotional journeys of a diverse set of women at different stages in their life. The realism in her stories is unmistakable: whether it is a teenager facing the dilemma over right and wrong but eventually succumbing to social pressure, or the dilemma of an ambitious woman caught between a demanding career and an even more demanding boyfriend, or the socio-cultural dynamics that affect relationships, or how guilt can make or break a person. Manjula takes a deep dive into several unexplored areas of life and reaffirms that happiness is all about striking a balance between commitment and compromise.
Post a comment
Continue Reading » 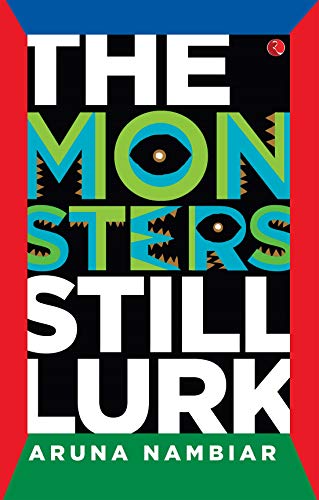 Image Source: Amazon.in About the Book ‘We were an ordinary family, with conventional lives. We were mostly happy, but always cautious of too much happiness. We were hardly religious, just pious enough to keep us on the straight and narrow. We bickered a little but would never have thought to be estranged. We feared illness and anticipated eventual death, but we expected life to follow a certain path, a particular schedule. Until...’
Post a comment
Continue Reading » 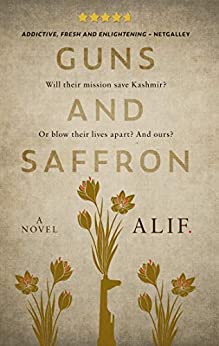 Image Source: Amazon.in Synopsis of the novel  Yakub is a seasoned militant who will do anything to free Kashmir. His handler, Major Khaleel, from Pakistan’s intelligence service, who became friends with Osama bin Laden, during his stay in Abbottabad, wants vengeance for bin Laden’s killing. So, he devises a major terrorist attack codenamed Mission M, with the twin objective of vengeance on the West and India. Hassan, Yakub’s nephew and the orphan of a militant, is entrusted with the responsibility of fulfilling Mission M to avenge his father. Shehed, Hassan’s lover, is a strong-willed woman who tries to stop him. And Rafi is a habitual crook who is always in the wrong place at the wrong time. A tense and fascinating novel of conflict, both political and personal, and the extraordinary lengths people will go to protect those they love.
Post a comment
Continue Reading » 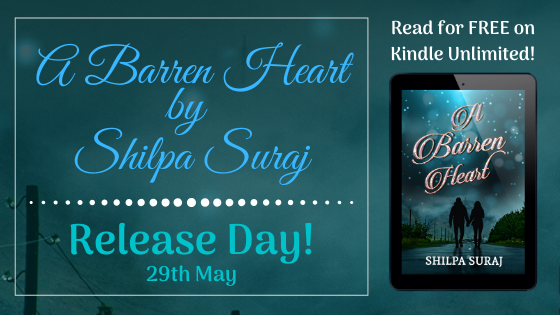 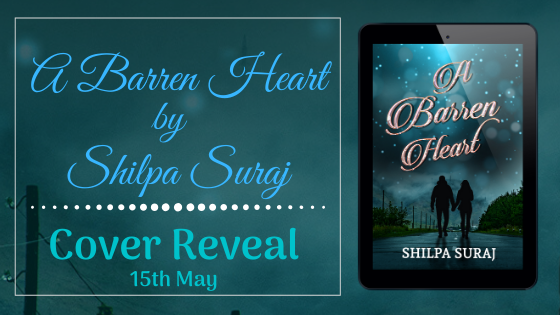 Book Review : Prelude to a riot by Annie Zaidi 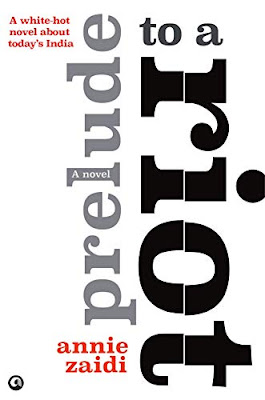 Image Source: Amazon.in About the Book In a peaceful southern town, amidst lush spice plantations, trouble is brewing. In the town live three generations of two families, one Hindu and the other Muslim, whose lives will be changed forever by the coming violence. At risk are Dada, the ageing grandfather who lovingly tends and talks to the plants on his estate; his strong-willed grandchildren, Abu and Fareeda; the newly married Devaki, who cannot fathom the forces that are turning her husband and her father into fanatics; Mariam, of the gifted hands, who kneads and pounds the fatigued muscles of tourists into submission; and Garuda, the high-school teacher who, in his own desperate way, is trying to impart the truth about the country’s history to a classroom of uninterested students. Quietly but surely, the spectre of religious intolerance is beginning to haunt the community in the guise of the Self-Respect Forum whose mission is to divide the town and destroy the delicate balance of res
Post a comment
Continue Reading »

Book Review by Namrata Title: Coming back to the city, Mumbai Stories Author: Anuradha Kumar Publisher: Speaking Tiger Books, 2019   ‘ She’s from Amrika, your new tenant, Pooja. A gori.’ Thus, begins the interwoven tale of lost souls living in the city of dreams, Mumbai by Anuradha Kumar. The city of Mumbai is as mysterious as it can be. On one hand it is called the eternal city of dreams, meaning a place where people come with their dreams and work hard to get them fulfilled. While on the other hand, it is also known as the city which never sleeps. So, either the dreams you have are the ones you see wide awake or it is a contrast, signalling at the sleek chances of your dreams coming true. Whatever be the deeper meaning, it has never stopped people from aspiring and dreaming to live in this city. Bringing together her experiences of living in Mumbai for 14 years, Kumar creates a moving tale from the great metropolis with stories both heard and unheard. As she mentions in her intervi
Post a comment
Continue Reading »

IS THE MERMAN BOOK OF POWER ANOTHER ARABIAN NIGHTS? 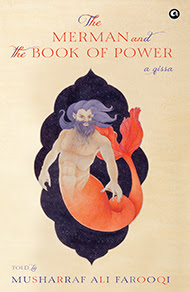 Book Review by Namrata Name: The Merman and the Book of Power- A Qissa Author: Musharraf Ali Farooqi Publisher: Aleph Book Company, 2019 The Merman and the Book of Power  is the retelling of a  qissa , a classic storytelling form in Urdu. This epic novel combines myth with history to give us a glimpse of the evolution of civilisation. Author Musharraf Ali Farooqi works have been critically acclaimed and have been a finalist for both, Man Asia Literary Prize 2012 and DSC Prize for South Asian Literature 2008 apart from being longlisted for IMPAC/Dublin Literary Prize. Along with being a writer, he is also an editor, translator and founder of the Storykit Program. As Farooqi says in the Author’s Note,  “This book merges the parallel histories, myths and multiple personas for Apollonius of Tyana, Hermes Trismegistus and Alexander the Great in the Western and Eastern literary canon, and the various religious, occult and apocalyptic traditions associated with them.” Deeply reminiscent of cl
Post a comment
Continue Reading »

Book Blitz : The Songbirds by Alif 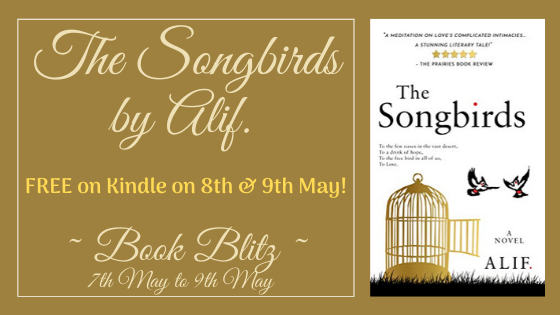