Book Review: By God - The Making of a Messiah by Shashi Warrier

Ghublistan. An island resplendent with the divine herb. A country rich in bat Guano. A society where people are content, happy to serve their Prophet.

But the country is experiencing a surge in emigration, and the Prophet is getting restless.

In an attempt to find out why, Alkanza, the Prophet, commands the Custodian of the Divine Gardens to temporarily leave this utopian society and get him some answers. Commanded by the ruler, His Excellence Tomikanza embarks upon on a riveting, perilous journey with his not-so-faithful barber, Neepane, in an endeavour to understand this strange beast called democracy in, first, that is the world's largest republic, second, that is a unique mix of God's rule and self-governance, and third, that is touted to be the modern world's oldest democracy.

Through the journey of two Ghublistanis as they meet inept policemen, blundering spies, and sleazy politicians, By God, The Making of a Messiah gives a tongue-in-cheek portrayal of the religion-political system, subtly but powerfully unmasking its inherent vices, shortcomings, duplicity, and hypocrisy.

Shashi Warrier lives in Mangalore with his writer-painter wife Prita and their dogs and cat. He likes beaches, yoga, motorcycling, and books. He is learning to cook and has lately developed an interest in gardening. He is perpetually bemused by many of the things the government does, like putting up a garbage separation plant not fifty meters from one of the most beautiful beaches in his district. This bemusement is the foundation of his satirical works. 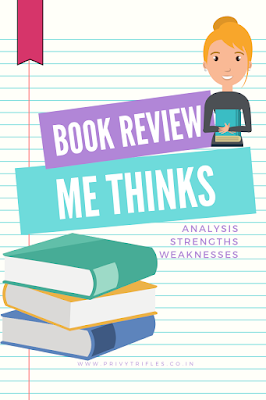 Set in a Utopian world, this book is an interesting take on the present scenario of the country. Though it has been called a satirical piece of work, one cannot deny how similar the facts look to fiction in this book.

The story line is extremely straight and the events flow smoothly without impacting a reader's experience. However, it is the message that this story holds within which is extremely hard hitting. One that stays in your subconscious and forces you to think.

"These people have a thing called parliament, in the capital of the country," I explain. "There are more than five hundred people elected to it. One of them will speak to thee, Excellency. The people at the Consulate have spoken to him."

"All right," HE says." After the Mahabharat lady."

"As thou pleasest, Excellency," I say.

As you can see, the language is a combination of Shakespearean style of writing mixed liberally with the current style of writing. It is this unique style that makes this book all the more engrossing. The world building is brilliant and exceptionally powerful. The author has managed to create characters which are not only relatable but are also adding to the narrative making it enticing. Richly layered plot with brilliant layers of various themes, adds to the strong visual appeal of this book. It can easily be compared to a futuristic movie where every scene unfolds something new for the reader and takes you on a journey of its own.

Mixing religion with politics, trying to create a divide purely for political gains and thereby leading to a situation that is nothing less than chaotic- that is how you see today's world and eerily, that is how the author's world looks like in this book.

The best part about this book is that no aspect of it looks explanatory or justified just to prove a point. Rather it has been presented as facts and left for a reader to comprehend it's depth. This is what ensures one thoroughly enjoys reading this book. There is no gyaan per se, but it is the awakening which happens at the end of the book that blows your mind away.The ending is stellar, in every manner. The perfectly justifiable ending to a story so mammoth on all grounds, that climax leaves a reader with bulging eyes and an open mouth in disbelief.

The author strikes a perfect balance between subtle and over the top narrative, giving the readers a crisp and taut page turner that promises to enthrall you till the last page.