Confessions of a Frugal Writer 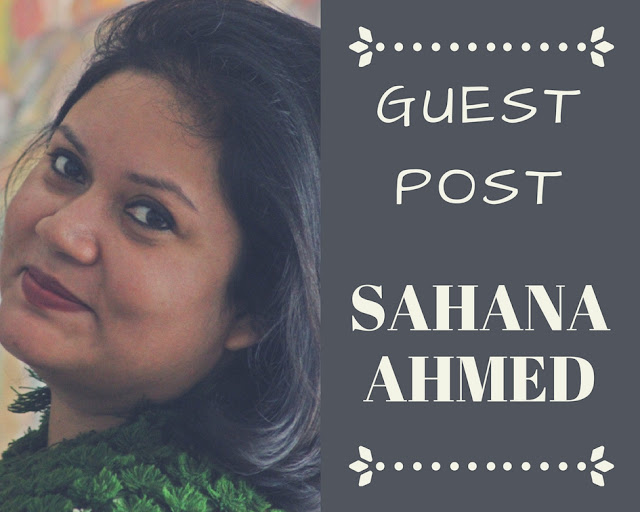 My characters, like me, don’t speak much. They are who they are, they are where they are, you are free to make your own assumptions. They, like me, will rarely tell you their motivations, their innermost feelings. They’ll be elated, they’ll be dejected, but they’ll not stop to talk about it. How you receive them is all about the person you are; it’s about how you choose to look at the world.

Which is why my stories are sparse. Or rich, if that’s the word you want to use. There will be a whole lifetime in one paragraph, but I’ll not tell you how to feel. I refuse to give you any fillers.

That’s why I love my flashes, the haiku I try to write. Wham! Say what you must and get out. I’m a champion wool-gatherer but a frugal yarn-spinner. And I will make you work. Don’t skim, don’t skip, don’t be stingy with your attention. I demand you bring your essence to my story; you cannot like me otherwise. (I wonder why I’m doing this, it’s almost making me sick. My characters do not pontificate. They would never write such a post.)
***
An excerpt from Combat Skirts: 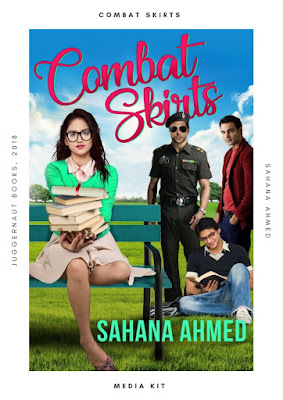 By quarter to seven, we were out of there.

‘Where are we going?’

I was partying in Park Street with the college heartthrob! I had stopped questioning my luck.

I had never been to a nightclub before, certainly not for a black light party. Pitch dark, fog everywhere, I was disoriented the moment I stepped inside. The ground thumped under my feet, and everything glowed. Streamers, balloons, confetti, even the food. Kabir led me towards the music.

Watch your step, he yelled into my ear. ‘I don’t wanna dance!’ I yelled back.

There were seats to the right, two steps up. I plonked down on a Chesterfield. Kabir left to get us drinks.My eyes slowly adjusted to the dark. A Moon Moon Sen clone in a neon headband was bouncing under the strobe lights. She sparkled bling-bling, especially her nose pin. I wished I could dance like her, without a care in the world.

Kabir was at the bar, speaking to someone who looked like…Faraaz! That boy popped up everywhere!A man tapped me on the shoulder, ‘Is this sofa taken?’ His teeth were an eerie white, too much fluoride. I shifted sideways. He gestured to his date, who promptly came over, and hugged me! It was Meera!

Meera has a boyfriend!

She parked herself next to me. ‘You told Ma’am?’

‘Vikram!’ he pointed at himself.

‘Saba!’ I replied. We shook hands.

‘You look familiar!’ he said.

‘Who wants soda?’ Kabir was back.

‘Interesting!’ Kabir handed me my drink. Another round of introductions was made, the party was alive.

Happy Hours and a cool DJ, the crowd got thicker and thicker.

Moon Moon Sen part-2 was now headbanging with a man with long, wild hair. He pranced around in tennis whites, shining like an apparition. Vikram saw him and he rushed towards the dance floor. Vikram and Betal, I laughed. Kabir gave me a look and dashed after Vikram. Betal was an important man.

Meera picked up my drink. I had never seen her like that, in boots and danglers. Or a fuchsia miniskirt.

‘Hey!’ Moon Moon Sen-2 waved at Meera. Meera waved back. They knew each other?

‘Happy Birthday!’ Someone boomed in my ear. It was Faraaz. He looked funny in his waiter’s uniform.

Kabir and Vikram were back with more drinks. Moon Moon-2 trailed them to our table. She looked more than a little tipsy. ‘Hey!’ she drawled, ‘I can’t find him!’

The music changed to soft piano notes, and the DJ took the mic, ‘Hey, hey, hey, all you party people in the house! The next number is called I’m Every Woman by Whitney Houston…’

Moon Moon turned to Vikram, ‘Where is your friend!’

‘…It is from me to a girl who’s turning eighteen today, she’s turning a woman! Time to give it up…’

Adil’s date gave it up for me all right. She puked all over my shoes. The thing with puke is, it glows in the dark.
***
Loved it? Grab your copy NOW from the Juggernaut site HERE. 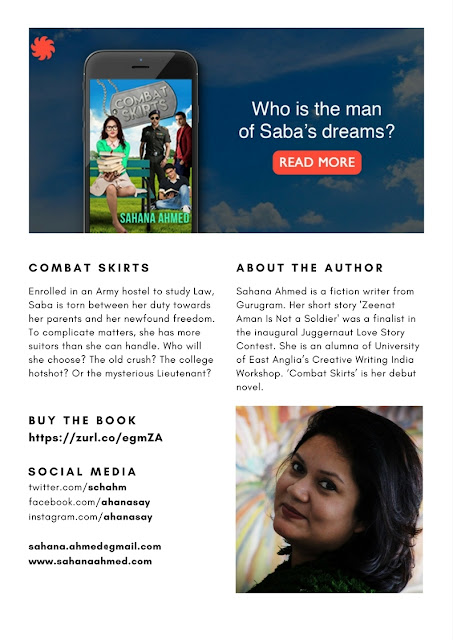