Akriti has led a pretty much sheltered life.

Zayn has been shuttled from city to city when he was growing up.

She is comfortable watching her life from the sidelines.

He wants to feel rooted to a place he can call ‘home’.

They meet each other quite by chance.

And both seize the chance to be someone they both need in their lives:

For Akriti, someone who just knows how to be there for her…

When their worlds collide,

It is not what either of them expected it to be.

Zayn has a steady girlfriend. And Akriti has a crush on him.

What happens when these two become friends?

The biggest adventure of their lives? Or the road to heartbreak?

Do they become friends? Or, is their friendship doomed from the start?

'When Our Worlds Collide' is the story of two twenty-three-year olds, Who are finally growing up and finding their feet in the world.

A tale of friendship and love, crushes and betrayals, messes and second chances, Marriage and divorce… and the elusive happily ever after!

Is there anything you do not like about your characters?

Surbhi: Yes. I don’t like how she doesn’t judge people. Isn’t that not human?

Suzanna: No. I loved my character to a T.

Do you have a favorite scene in When Our Worlds Collide?

Surbhi: Sure. I love the fact I slip drinks to people.

Suzanna: I kind of love the fact I am a one-woman force behind Poetry Slams.

Do you have a favorite character, besides yourselves, in the book?

Surbhi: Sure. I love Esha. Even though I do not get a scene with her.

Suzanna: I like both Akriti and Zayn. In fact, I really love those two kids.

Why do you think people should read When Our Worlds Collide?

Surbhi: Because they’re bored out of their minds?

Suzanna: Nice, Surbhi. *rolls eyes* I think they should read it because it is a coming of age story. And because it tells you right from the start that it is not always about the happy ending. Sometimes, it is about the story.

Do you think either of you will feature in subsequent sequels to this novella?

Aniesha Brahma knew she wanted to be a writer since she was six years old. She was schooled in Dolna Day School and went on to pursue B.A., M.A., and M.Phil in Comparative Literature from Jadavpur Univeristy. She currently lives in Kolkata, with her family and five pet cats. The Secret Proposal was her debut novel, followed by The Guitar Girl. She was a contributing author with her story The Difference, in the anthology: Voices, Old & New. When Our Worlds Collide is her third work of fiction, and first novella. 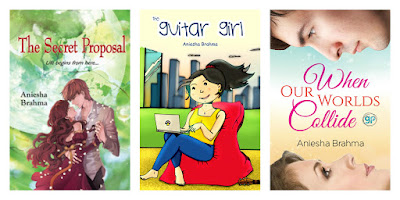 
When I picked up this book I didn't know what was in store for me. I had entered into it with a completely blank mind and when I came out of the book I had a mind full of songs, love and the desire to keep dreaming further. That I believe should be credited to the author for writing such a wonderful story.

It is the story of belief more than anything else. Belief in yourself and in your capabilities. What happens when you find someone who believes in you much more than you ever did? You get wings to fly and chase your dreams! That is exactly what happens to Akriti.

The ending came as a huge surprise to me. As a voracious reader I am used to getting an idea about what the book could end up as by the time I am half done. In this case I was proven completely wrong by the author and that is a huge brownie point there.  I like surprises as a reader and this one made me smile.

I like the simple, no nonsense style of narration of the author. It sticks to you as you get lost in the plot. Lucid language all throughout the story brings out the beauty of the plot in its simplicity. I really enjoyed reading this book. I finished it in one go in about 1.5 hours and there were a lot of questions in my mind after that. I wanted to know this and that... but above all I wanted to know why this ending to the story when there could have been another ending. After hours of contemplation somewhere my  gut told me that perhaps this was the best way the author could do justice to the lead character of the story.

Apart from the minor typos, grammatical errors and few lapses in stating details this book does make an interesting read.Over all a decent attempt, something that I would surely recommend for people who enjoy light reads.
Foodie Verdict

This book is like bread pakora - crunchy, spicy and delicious just in the right proportions.


Prize 1: One really Lucky Indian Resident can win a Handmade Book Jacket made by Diptee Raut of DIP & DIY 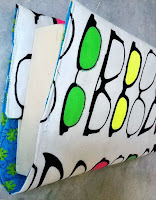 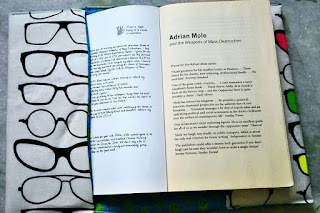 As Diptee says, its ideal to ~ "Keep your books cozy and warm and away from prying eyes with this book cover. A classy way to carry your book to your favourite coffee shop/library/park for a quiet read."


Prize 2: One really Lucky Indian Resident can win a  Surprise gift from the Author 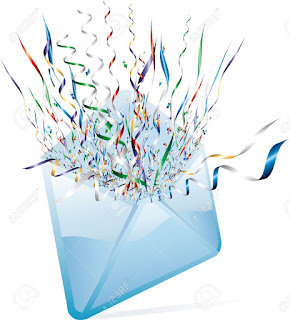 Lets keep you guessing ;) Rest assured, it is going to be something pretty!

Check out the Tour Stops