Go to Book No. 70
Check all the Books Here

Name of the Book: ALL ABOARD 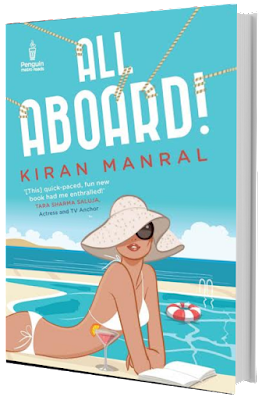 
When Rhea Khanna is dumped just days before her wedding, by her boyfriend of four years, the only thing she wants to do is to get out of the city to clear her head. The opportunity presents itself immediately when her aunt, a retired school headmistress, invites her to accompany her on a Mediterranean cruise.


As Rhea struggles to cope with her grief of being dumped at the altar, she finds herself getting attracted to the seemingly unavailable Kamal Shahani—the infuriatingly attractive ex-student of her aunt and a hot shot entrepreneur.  To add to the confusion, Sonia, Kamal’s very attractive ex-girlfriend boards the ship in a bid to win him back.

Will Rhea heal her broken heart, or will she end up even more shattered than she was when she got on this cruise? Read, to find out. 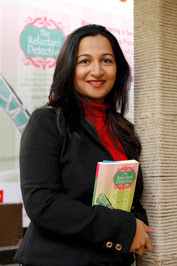 Kiran Manral worked as a journalist with The Asian Age and The Times of India before she quit full time work to be a full time mommy. One of the leading bloggers in India, her blogs were listed in Labnol's list of India's top blogs, and her parenting blog was ranked among the top five parenting blogs in India by Blogadda. She was also a Tehelka blogger columnist on gender issues.

Her debut novel, The Reluctant Detective, was published by Westland in 2012 and her second novel Once Upon A Crush, was published by Leadstart in May 2014. She has three books due for release in 2015, the first of these being All Aboard! from Penguin Random House.

She is on the planning board of the Kumaon Literary Festival, an advisor on the Board of Literature Studio, Delhi, an Author Mentor at sheroes.in and a columnist at iDiva.com. She was awarded the Women Achievers award by Young Environmentalists Group in 2013.