Showing posts from August, 2015
Show All

Book Review: Poppy in the field (Heartbreak on the front line) by Mary Hooper 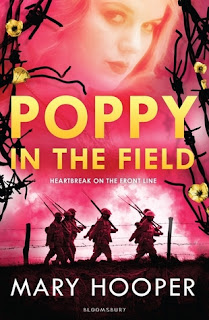 Introduction
ISIN: 978-1-4088-2763-5Genre: Fiction Publishers: BloomsburyPrice: Rs. 250/- ( I got the book from the publisher for a review) When Poppy learns that the love of her life, Freddie de Vere, is to marry someone else, she knows her heart will break. Devastated, she volunteers her nursing skills overseas to take her away from the painful reminders at home. But things are about to get much worse for Poppy. The journey to the hospital in Flanders is full of horrors, and when she arrives it is to find a spiteful ward Sister and unfriendly nurses. Despite her loneliness and homesickness, the dangers of frontline warfare soon make her forget her own troubles and Poppy finds that comfort for a broken heart can be found in the most unexpected places.
Brilliantly researched and inspired by real-life events, big and small, Poppy in the Field is a story about the forgotten bravery of women on the front line, told through the eyes of a young woman determined to play her part.
Behind The …
1 comment
Continue Reading »

Go to Book No. 61 Check all the Books Here

Anna is planning the perfect wedding, but she doesn't anticipate her future mother-in-law's offer of help which translates into take over. Her groom-to-be avoids her and insists their growing problems are just 'bridal nerves'. Worst of all, her best friend, Robin, begins to act strange. Everyone around her has his or her own agenda. What's a girl to do when she begins to realize the perfect life she envisioned is all a lie?
Robin has two great loves in his life: his best friend Anna and his motorcycle. Not one to make a scene, he supports Anna in her plan to marry the wrong man and regrets she can't accept his 'dare devil' lifestyle. But when push comes to shove, he's more than willing to make the necessary sacrifice and prove he is the man she needs.
As the wedding date grows closer …
Post a comment
Continue Reading »

Go to Book No. 52 Check all the Books Here


Name of the Book: BUTTERFLY SEASON

On her first holiday in six years, Rumi is expecting to relax and unwind. But when she is set up by her long-time friend, she doesn’t shy away from the possibilities. Ahad, a charming, independent, self-made man, captures her imagination, drawing her away from her disapproving sister, Juveria.
Faced with sizzling chemistry and a meeting of the minds, Ahad and Rumi find themselves deep in a relationship that moves forward with growing intensity. But as her desire for the self-assured Ahad grows, Rumi struggles with a decision that will impact the rest of her life.
Confronted by her scandalized sister, a forbidding uncle and a society that frowns on pre-marital intimacy, Rumi has to decide whether to shed her middle-class sensibilities, turning her back on her family, or return to her secluded existence as an un…
Post a comment
Continue Reading » 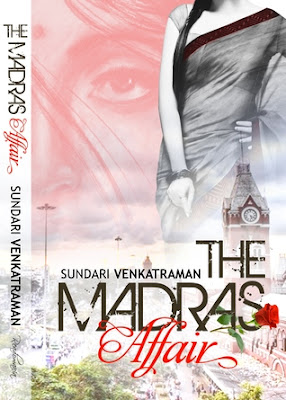 Introduction
ISIN: 9788192997575Genre: Fiction / RomancePublishers: ReadomaniaI received the book for review from the author Sangita Sinclair was not always this successful & passionate lady, heading the NGO “Penn Urimai” for downtrodden, abused and homeless women….
When Sangita catches the eye of Gautam Sinclair she is a simple, homely girl; utterly unaware of her charms & capabilities. She has the devil’s own time in overcoming her inhibitions, hesitation, and her family’s orthodox and outdated rules before recognising her love for Gautam.
Will Gautam be able to solve Sangita’s Dilemma or will she be forever trapped in her past?
Behind The book 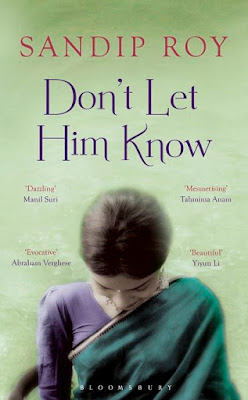 ISIN: 978-93-84052-41-6Genre: Fiction / DramaPublishers: BloomsburyPrice: Rs. 499/- (I received the book for review from the publisher)In a boxy apartment building in an American university town, Romola Mitra, a newly arrived young bride, anxiously awaits her first letter from home in India. When she accidentally opens the wrong letter, it changes her life. Decades later, her son Amit finds that letter and thinks he has discovered his mother's secret. But secrets have their own secrets sometimes, and a way of following their keepers.

Amit does not know that Avinash, his dependable and devoted father, lurks on gay Internet groups at times, unable to set aside his lifelong attraction to men. Avinash has no idea that his dutiful wife had once romanced a dashing Bengali filmstar, whose memory she keeps tucked away in a diary amongst her silk saris.

Growing up in Calcutta, in a house bustling with feisty grandmothers, Amit has been shielded from his parents' secrets. A …
Post a comment
Continue Reading »

Go to Book No. 43 Check all the Books Here
Name of the Book: SHE LOVES ME, HE LOVES ME NOT

Zoella has been in love with Fardeen Malik, her best friend’s gorgeous older brother, since she was ten, but he’s always seen her as a ‘good girl’—not his type—and he can barely remember her name. Besides, he’s engaged to a gorgeous leggy socialite, someone from the same rarefied social strata as the imposing Malik family. In short, Zoella has no chance with him.
Until a brutal accident leaves Fardeen scarred and disfigured, that is. Suddenly bereft of a fiancée, Fardeen is bitterly caustic, a shell of the man he used to be, a beast that has broken out of the fairy tale world he once lived in. And a twist of fate lands him his very own beauty—Zoella.
This man, however, is a far cry from the Fardeen of her dreams. Stripped of her illusions, Zoella creates her own twist in the fairy tale, beating hi…
Post a comment
Continue Reading »

Go to Book No. 34 Check all the Books Here


Name of the Book: LEMON GIRL

'It's all your fault.' Mere words these are. "But words can possess a shadow invincible enough to rob even a soul of its eternity."
In a society that finds it easier to mark sins of a victim than the culprit, Nirvi is a young girl punishing herself for the faults she did not do and avenging her hurts by defeating her own truth. She is scared of her future, and ashamed of her past. She is failing herself, and knows it. She has had a long line of boyfriends, and hated them all. She detests the guy she is living with, runs away from the one she loves , and seduces the one who can never love her.
When Arsh first sees Nirvi, she's a free and frank girl in whose eyes sparkle the lemony zest of life. The next time he sees her, she is a voiceless doll draped in clothes that cover her body less and …
Post a comment
Continue Reading »

Go to Book No. 25 Check all the Books Here

Book Review: Made in India by Biddu 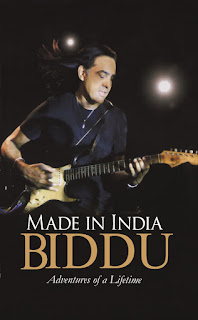 ISIN: 978-8172239237Genre: Nonfiction/ AutobiographyPublishers: Harper CollinsPrice: Rs. 399/- (I received the book for review from The Readdicts)As a child, Biddu dreamt of going West and making it big as a composer. At the age of sixteen, he formed a band and started playing in a club in Bangalore, his home town. At eighteen, he was part of a popular act at Trinca's, a nightclub in Calcutta devoted to food wine and music. At nineteen, he had college students in a Bombay dancing to his music. In his early twenties, he left the country and ended up hitchhiking across the Middle East before arriving in London with only the clothes on his back and his trusty guitar. What followed were years of hardship and struggle but also great music and gathering fame. From the nine-million-selling Kung Fu Fighting to the iconic youth anthem of Made in India and the numerous hits in between, Biddu's music made him a household name in India and elsewhere. 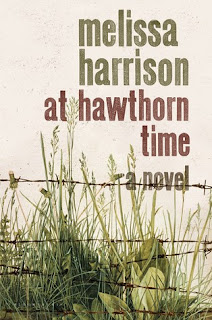 ISIN: 978-1-4088- 5905-6Genre: Fiction / DramaPublishers: BloomsburyPrice: 26 pounds (I received the book for review from the publisher) An exquisite and intimate novel about four people’s lives and our changing relationship with nature—for fans of Jon McGregor and Robert Macfarlane. It is dawn on a May morning. On a long straight road between two sleeping fields a car slows as it arrives at the scene of an accident.
Howard and Kitty have been married for thirty years and now sleep in different rooms. They do not discuss it. It was always Kitty's dream to move from their corner of north London into the countryside, and when the kids were gone they moved to the village of Lodeshill. Howard often wonders if anyone who lives in this place has a reason to be there.
Jack was once a rural rebel, a protester who only ever wanted the freedom to walk alone in his own country. Having finished another stint in prison for trespassing, he sets off once more, walking north with his …
Post a comment
Continue Reading »

Go to Book No. 16 Check all the Books Here

Name of the Book : SIREN'S CALL

Lily Borsage is the ultimate siren: gorgeous, aloof and irresistible to all the men in Bayou La Siryna. All of them, that is, until Nashoba Bowman comes back to town. The Native American kid whose innocent first kiss Lily remembers fondly is now all grown-up, hot as an Alabama summer and immune to Lily's charms. What self-respecting mermaid could resist finding out more?
But Nash has a dark history that puts any woman he loves in grave danger, and a heritage of power he isn't ready to accept. And Lily has a secret that no mortal man can ever know. When a mysterious enemy starts menacing Lily, they will both have to risk everything and embrace their deepest destinies if they want to survive.

Go to Book No. 7 Check all the Books Here

Name of the Book : KINGDOM COME

How do you kill a man with no Achilles heel? You cut off his foot Tom Jones. Set against the serene beauty of Kashmir, Ladakh and Tibet, Kingdom Come is a gripping story of death and loss, vengeance and retribution, love and life. Krivi Iyer is an embittered former spy and bomb defusal expert with only one regret. That he couldn't catch The Woodpecker, a dangerous, mentally unstable bomber who ended his partner's family. He has a second chance to go after his arch enemy with the arrival of Ziya Maarten, the manager of 'Goonj Business Enterprises' in Srinagar, Kashmir, who is alleged to be The Woodpecker's sister. Except, Ziya is a beautiful distraction and not a terrorist's sister. When a tragedy in London tears Ziya's life apart, she can only rely on Krivi to give her th…
Post a comment
Continue Reading »

Book Review: Women of the world- The Rise of the Female Diplomat by Helen McCarthy 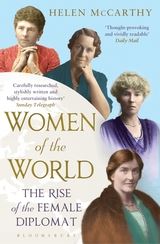 Introduction
ISIN: 978-1-4088- 3780-1 Genre: Non-fiction / Politics/ Women Publishers: Bloomsbury Price: Rs. 399/- (I received the book for review from the publisher)
Women of the World tells this story of personal and professional struggle against the dramatic backdrop of war, super-power rivalry and global transformation over the last century and a half. From London to Washington, Geneva to Tehran and in the deserts of Arabia, the souks of Damascus and the hospitals of Sarajevo, resolute women undaunted by intransigent officials and hostile foreign governments proved their worth.
A lustrous book which traces the often agonizing rise of women in the Foreign Office and mercilessly dissects the resistance they encountered Peter Hennessy A path-breaking account, from one of our leading and most original historians of modern Britain, of how the male-dominated world of British diplomacy gradually - and grudgingly - let professional women in. It should be read by everyone who works in the Fore…
1 comment
Continue Reading » 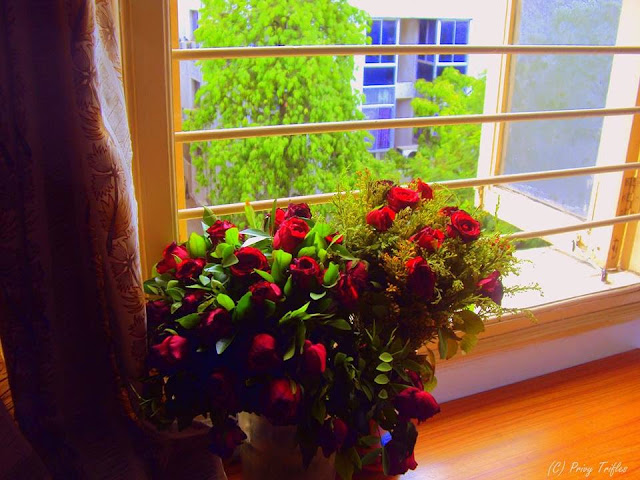