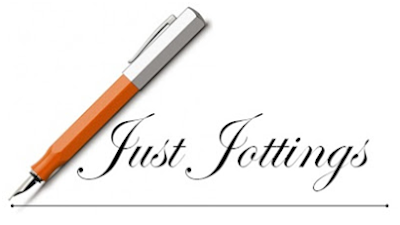 Since past few months I have been working as a freelancing editor for various projects. Till now when I was a part of the literature industry, I always felt like a lover trying to woo it. And now that my love affair is in full bloom I am able to see the drawbacks of my lover. Like any relationship we have now reached a phase where I am trying to understand it better with every passing day. With some wonderful learnings this also brings in few lessons in the don’t category. Sharing with you one such lesson today.

I received a project of editing a poetry anthology from a publishing house. Now whatever little understanding I have of poetry is that it never needs to be right in terms of tenses or grammar. The only correction you can make in it are the spell checks. For everything else falls under the category of the poetic liberty one takes while writing it. And any chance can actually change the whole meaning of the poem. They are supposed to be read between the lines to grasp their real meaning.

So I worked on the project on those lines, almost 50 poems. Ensuring each one of them looks perfect in the spell checks and punctuations before sending it to the publisher. Given that I am my own worst critic I usually ensure a lot of checks before Okaying any project myself. So it came as a shock when the publisher got back to me with a comment stating the editing is very shabby. I tried making him understand the logic behind it but it was futile. He said he had another in house editor who had pointed out large glaring mistakes to him and he won’t be paying me for this project.

More than the payment what hurt me was the way my work was called derogatory. In a group of almost 50+ people jokes were cracked on my inability to edit things properly and still be wanting to be addressed as an editor. Fortunately or unfortunately for them I was a part of that group where I was witnessing this myself, and after a point where I couldn’t take it anymore I quit that group.

In an attempt to understand my mistake and learn I started asking few of my other friends who were writers and editors about editing a poem. All of them came back to me with the same answer. That after a point they wouldn’t have liked it had I changed their poem to an extent where it no longer seemed to be there work! And a poet is entitled to certain amount of creative liberty in terms of descriptions, which is why there are things like figures of speech which exist.

Now this was surely a lesson I learnt the hard way that it is not about the right or the wrong how you know it, but also about how the other person knows it. I was trying to reason out with someone to whom it was all futile. And then we complain about poor quality of literature available in the bookshops these days! *sigh*

P.S: Later on I came to know it was more of an ego battle for that other in-house editor who wanted me out of the project that she did all this. Strange are the ways of the world, where people believe they can reach a height only by pulling the other person down. But like someone once told me, they do it because they know without doing that they are not talented enough to reach heights basis their own caliber.
Email Post
Labels: Editor Just Jottings lessons of life life mysteries of life