Book Review: The Evolution of Gods: The Scientific Origin of Divinity and Religions by Dr. Ajay Kansal 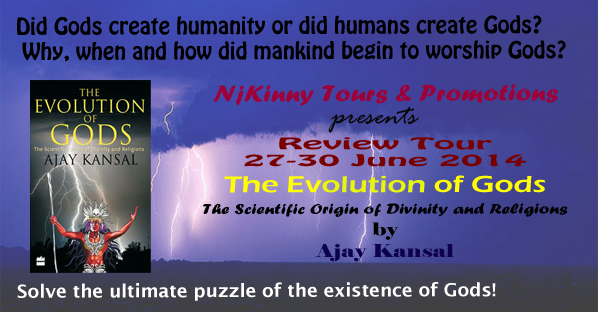 
Did gods create humanity or did humans create gods? Did gods create mankind, or did mankind create gods? Why, when and how did mankind begin to worship gods? Religious scriptures the world over claim that one or the other god made all plants and animals, but science has not yet identified any supernatural power that created and governed living beings. 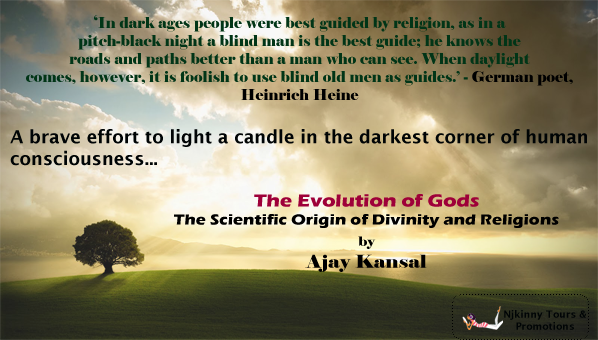 Was it man who came up with the idea of gods to help him cope with his own fears? Could it be that ancient people attributed natural phenomena-unfathomable and frightening to them-to the working of invisible gods? What kind of sufferings or fears made people bow before unseen powers or gods as we call them? When were these gods created?
Who invented morals and methods of worship? Who wrote the ancient scriptures such as the Bible and the Vedas? Most crucially, have gods and the scriptures shaped our responses to the world around us? The Evolution of Gods seeks to answer these questions, and explains scientifically how, when and why religions and gods came into being. Ajay Kansal marshals anthropological and historical facts about the development of religions in a simple and straight forward manner to assert that it was mankind that created gods, and not the other way around.
﻿


Ajay Kansal is a professor and consultant pathologist. It was during his medical practice that he encountered human suffering in a big way that made him question the concept of Gods and drove him to write this book. 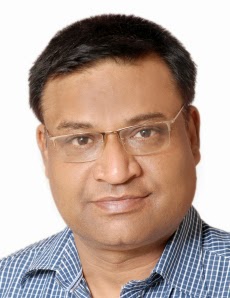 The Evolution of Gods is his first book and the only book written by an Indian author on the concept of the existence of God which talks of all religions and is not based on any one particular form of it. His next work is a romance which is currently in progress.


When I first got the book for review I was curious to read it because it questions many of our age old beliefs.
I have had the chance to interact with the author in an interview and then even had the opportunity to host him on a guest post here letting me have a sneak peek in what can be called as his thought process.
Firstly I appreciate the author's research that has gone behind this book. It takes a huge amount of effort to challenge something that is almost as deeply routed in our psyche as our DNA. Each and every chapter in this book speaks volumes about the detailing the author has put in. 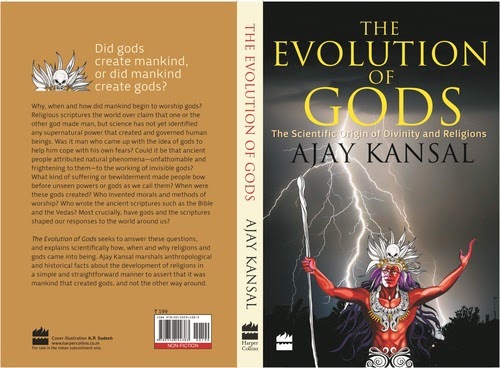 I would suggest you read this book with an open mind. For close minds will not be able to see the beauty of this book.  Let me tell you, this book is not answer if you are looking for one. Rather it provides you the basis on which you can search for your answers albeit a bit more firmly.
I enjoyed reading this book only for single reason - It pacified me by saying , it is good to challenge your own beliefs, for every why there is a because and though it feels good to just believe because every one else does, at times it is important to stand up and take a stand.
Overall a book I would strongly recommend to each and every one, not to challenge your beliefs but to know the whys to most of the things we have believed in life till now. This one book will make you look back at it all with a sceptical mindset.
Foodie Verdict:

This book is like cashew roll - crisp, soft and sweet in the centre and amazingly delicious making you want more.

P.S: This book has been reviewed as a part of Njkinny Tours & Promotions -