Translated from the French by Jean Anderson, INDIAN TANGO, published in French in 2007, is set in Delhi in 2004, against a background of monsoon rains and the general election that would see Sonia Gandhi briefly head a coalition government.
A visiting writer becomes obsessed by Subhadra, a woman glimpsed on the street, and as this unconventional relationship develops, the cost of pursuing passion and desire in a vibrant but deeply conservative society comes into sharp focus. A sometimes bitter, always moving meditation on the limitations placed on women's (and others') lives by convention builds inexorably to a powerful and stunning conclusion.


Although it "speaks of sideroads, of secret encounters, of nights spent dying in surrender to your dreams, the better to live again through other impulses and other surrenders," the tango in Ananda Devi's novel takes place firmly in Delhi. Subhadra and an unnamed woman narrator are the dancers; their vivid imaginings are the turns and twists in the dance.


INDIAN TANGO is full of flesh and moisture, reincarnation and metamorphosis. The narrator has burrowed into a dream world where the difference between real and imagined becomes negligible. She gorges herself upon the world around her and regurgitates it later as fantasies, forcing them to fruition in order to unlock her writer's block.


Subhadra becomes the focus of the narrator's fantasies. A housewife who has buried her personality under the weight of family responsibilities, she refers to herself as "a robot, prepared for every emergency." Yet she feels on the edge of some great discovery of self-knowledge, some metamorphosis. Her family senses the approaching change as well, and begins to force Subhadra into what they thing she should become: a post-menopausal woman, safely de-sexed and de-gendered; what is left is now to be given to the gods. Subhadra's mother-in-law puts increasing pressure on Subhadra to accompany her on pilgrimage, the only active life an old woman in their culture can acceptably experience.


One day Subhadra hears a neighbor playing tango music and finds it acting upon her, forcing her to a new comprehension of her changing self. She has had little time for imagination but now she finds the sensation of moist flesh intruding into every mundane moment: washing her body, kneading chapatii dough, sweating at night. She finds herself drifting to a shop window to gaze at a sitar, which she played before her family arranged her marriage.


Unlike Subhadra, the narrator feels that her "flow has dried up." The narrator's fantasy life has reached a point where every sight that enters her vision, every thought that crosses her mind, is milked and caressed into a forced bloom that never quite satisfies her. In order to force a change in her own stagnant life, she begins to stalk Subhadra, to dance a duel with her as she engineers their meetings in front of the shop window. "I know that I need to see her to set us free, both of us, so we can perfect what remains incomplete within us...to turn the writer into a human being and the extinct woman into a burning core."


Devi enjoys playing with the language and imagery of the dance and the hunt. INDIAN TANGO leaves the reader with a torrent of poetic imagery, visions that convey Subhadra's new self and the results of the duel between the two women. --Rain Taxi Review of Books, Summer 2011


Ananda Devi was born in Mauritius in 1957. The multicultural and multilingual aspects of her birthplace are echoed in many of her works, which explore with lyrical and probing language and imagery the depths of conflicted identities, with a particular focus on women and the consequences of nonconformity. One of the Indian Ocean's leading and most prolific writers, she has published poetry, three volumes of short stories and ten novels. Ève de ses décombres (2006) was awarded the Prix des Cinq Continents de la francophonie and the Prix RFO.


An out and out master piece to complete the year is how I would like to call this book. The beauty of this book lies in its narration. Human emotions so beautifully brought out that you are bound to get tangled in them and lost somewhere seeking yours in theirs.  A haunting experience altogether is what the author leaves you with – undoubtedly it deserved all the accolades it has got internationally till now! A highly recommended book for a reading experience which is beyond words.


Foodie Verdict
This book kept reminding me of Delhi time and again and hence it is like Cholley Tikki the one thing of Delhi which I simply cannot forget! 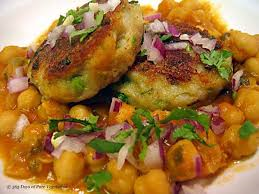