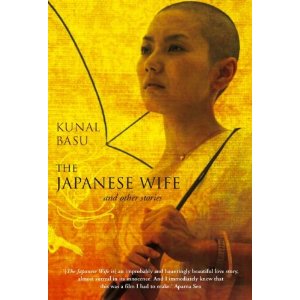 Haunting and mysterious are the first two words that strike your mind as flip through the pages of The Japanese Wife, by Kunal Basu. This book has generated a lot of interested especially after Director Aparna Sen decided to make a movie of the same name based on it. The books consists 12 short stories which are very beautifully woven across a plethora of relationships that we as humans are surrounded with. In the author’s own words, “These are chronicles of memory and dreams born at the crossroads of civilizations. They parade a cast of angels and demons rubbing shoulders with those whose lives are never quite as ordinary as they seem.”

I am sure all you would be aware of the famous author O Henry and his famous writing style termed as “The O Henry Twist” wherein suddenly in the end the story would take an entirely different twist contrary to the expected. The author Kunal Basu manages to create a similar twist in each of his stories leaving a tinge of mystery at the end. There is a hint of innocence amidst the lucid narration as it re-creates the places where the story is taking place. The common emotion is all the stories is love which comes out very strongly.
I would not term it as light reading as the stories have a seriousness around and it requires a certain level of concentration to understand the real meaning hidden between the lines. Every story unveils a new facet of life which otherwise would be unnoticed by us. This book substantiates the fact that each and every individual in this world has his/her own story to tell. The first story The Japanese Wife is very grasping but slowly as you progress somewhere the narration loses its sheen.

Overall it makes a very interesting read as each story is able to generate curiosity about what will happen next. It leaves you with a mixed feeling.
*~*~*~*~*~*
This book review was published in Kaleidoscopeofcolours Ezine,Feb 2012 issue.