Patience is a Drawn Bow. Rage, its Relentless Arrow.
Shukracharya’s plan to break the unity of Vikramaditya’s Council has borne bitter fruit. Friends have become sworn enemies, and brother has turned against brother, setting Avanti on the path to self-destruction. Even as Vikramaditya prepares to counter a Huna invasion, a rebellion brews within Ujjayini, while a devious conspiracy is hatched to humiliate him. With Indra’s spies swarming the palace and Shukracharya making a bold bid to take the Halahala, the king is dangerously close to the brink of defeat. Alone and abandoned by those dear to him, fighting to protect his people, trying his best to keep his promise to Shiva, will the samrat rise one last time to defend his love, his city and his honour? As the asura and deva forces muster in a final, desperate gamble to claim the Halahala, The Wrath of the Hellfires brings an explosive conclusion to Vikramaditya’s epic tale of action and adventure.

SHATRUJEET NATH is the creator of the runaway national bestseller series Vikramaditya Veergatha, a four-book mytho-fantasy arc which comprises The Guardians of the Halahala, The Conspiracy at Meru, The Vengeance of Indra and The Wrath of the Hellfires. Described as “a new face to Indian mythology” by DNA, Shatrujeet writes for movies and web shows as well. He is also the author of The Karachi Deception, an Indo-Pak spy thriller.

Before I start the review, I would like to share here that I have read all the books in this series and reviewed them on the blog. Needless to add, have loved it and was actually waiting for this final book in the series to quench my curiosity about what happened next.  And... the author has not disappointed me at all!

P.S: Yes! I have signed copies of all the books in this series and they are a prized possession displayed in my bookshelf! 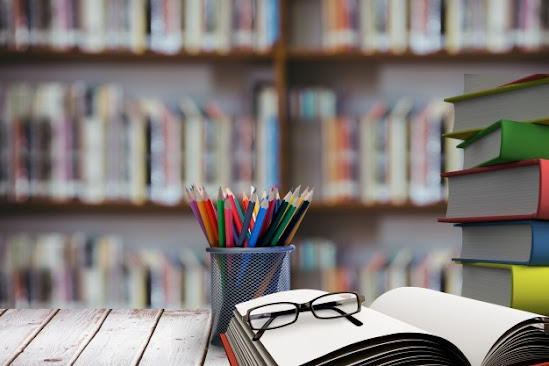 So, finally, with this book the world, Samrat Vikramaditya created by the author comes to an end. What a terrific ending to a series that full of thrills, twists, and turns!

Reading this book has been no less than a roller coaster ride.  Apart from the usual progression of the story, which piques your interest to an unimaginable extent, there is also this strange pang of knowing that this is it. This is where the series ends and you will perhaps never get to experience it again. We always can revisit these books, but the sheer joy of reading them for the first time can never be matched.  Though I must add here, I have re-read these books while waiting for this final chapter and have enjoyed them equally every single time.

The first thing you notice about the book is its striking cover and a blurb that invites a reader to become a part of this world - it is intriguing and at the same time, thrilling.

Author Shatrujeeth Nath does exceptional world-building and that is already visible even in the previous parts of this series. However, what stands out in this book is his ability to tie up all the loose ends from the first book till now and draw it all towards a proper conclusion without loosening the grip on the narrative.

The characters are sharp and well-etched to be able to carry with them, the readers to the war-field when they engage in war with their enemies. Their character-arcs, added to their backstories make for a very interesting read, and the build-up given to each one of them till now, has given them ample room to grow in a reader's memory.

The descriptions in the novel are exceptionally strong. Strong enough to make a reader visualise the scenes and feel it all come alive before their eyes as they read the book. This is 'Show not tell', at its best.

There were many places where I was reminded of various movies that I had watched where the war scenes were unforgettable like 300, Troy, Baahubali, etc. I wouldn't be surprised if someone picks up this book and adapts it to screen for it has all the potential to be equally gripping on the screen.

While Nath ends every chapter on a high, making it every bit the page-turner of a novel, he doesn't compromise on the plot or the story-line. Backed with immense research, which shows in his writing, Nath promises the reader an unforgettable adventure with this book. He has blended history with myths striking a perfect balance and created a story that resonates with the reader on many levels.

Emotionally, mentally and spiritually - this book can touch chords at multiple fronts. The emotional connection created with the characters, the mental strength displayed by them and invariably motivating the readers and spiritually the deeper understanding of our true calling and how our instincts are our truest guides while following the calling of life- all of these are truly a gift by the author to his readers.

Keeping the language simple and yet effective, is an art that has been mastered by Nath. He doesn't use too heavy language and still manages to conjure magic with his descriptions and narrative.

It would be unfair to call this the best book in the series simply because it has answers to a lot of questions raised in the previous parts. Though judging by the sheer writing, this book does stand out in many ways. The battle scenes, the monsters, war sequences - the detailed descriptions of those scenes along with the layers of the narrative to make it evocative, were simply brilliant. I actually revisited some of those scenes before I wrote this review, just to feel mind-boggled, yet again.

Not to give any spoilers, but the ending is the best part of this book. Not because it concludes the series, but because it is full of possibilities. It is loaded in every sense and has a lot to unpack for a reader.

I cannot emphasize enough how I feel Shatrujeeth Nath is a writer whose writing reminds me of classic series like LoTR, GoT, etc. If you are yet to read any of his works - please start with this series.

Strongly recommended - this book and the entire series for this author has the magical ability to transport you to a world of his, where his characters tell you their story and leave you captivated for long after you are done with the book.

You can buy your copy NOW