Who Wants to Marry a Mamma’s Boy and Other Stories is an engaging collection of short stories by columnist and award-winning writer Manjula Pal. She strings together the emotional journeys of a diverse set of women at different stages in their life. The realism in her stories is unmistakable: whether it is a teenager facing the dilemma over right and wrong but eventually succumbing to social pressure, or the dilemma of an ambitious woman caught between a demanding career and an even more demanding boyfriend, or the socio-cultural dynamics that affect relationships, or how guilt can make or break a person. Manjula takes a deep dive into several unexplored areas of life and reaffirms that happiness is all about striking a balance between commitment and compromise.

A regular columnist in a national daily, Manjula Pal has won two prestigious story-writing contests and has also written a storybook for children in Hindi. She has done reporting for the different magazines of Delhi Press and worked as a research scientist at AIIMS, New Delhi. She is a Delhi-based grandmother. 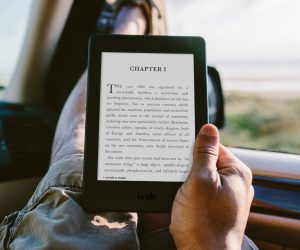 I picked up this book after seeing a lot of conversations around it on social media. Honestly, the title and the cover were extremely intriguing. I knew I had to read this story and know who would marry a mamma's boy. However, I was slightly disappointed on reading it.
For starters, the book could have done with another round of editing. Secondly, the stories through simple, sometimes feel too flat and simplistic in narrative. It could be that I have gotten used to more complex level of reading but then these stories were engaging only in bits and pieces.
I enjoyed the lucid language and the narrative which was endearing to an extent. However, there were certain stories which left you feeling blank on completion as you wondered what just happened and why the end here. It all felt too abrupt. I wouldn't deny that certain stories did have the wow element and they did make you feel good, like the one on a teenage crush, the first love letter and such heart-felt emotions have been very well depicted. There are stories from different walks of life and each has been narrated with a certain honesty from the author's end.
The beauty of the stories is the relatability factor which is extremely high. There will be atleast one story and/or character which will make you scream, that's me in this book. It is sheer nostalgia to read about such moments which have been a part of everyone's life is some form or the other. Reading this book is like taking a walk down the memory lane and hence, despite its flaws this book stays close to a reader's heart.
Would recommend this as a one time read, purely for the innocence in the stories and their entertainment quotient.
Email Post
Labels: 2020 Book reviews Fiction Manjula Pal Rupa Publications