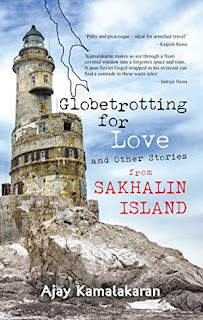 A cleaning lady frustrated with the lack of manners of the occupants of the building sets out to teach them a lesson or two. Philandering ways and addiction to alcohol force a marriage to flounder and the wife to seek divorce. In Sakhalin, the land of opportunities, a girl from the Russian hinterland flits from one man to another before settling down. A group of friends becomes victim to street hooliganism in the capital city of Yuzhno-Sakhalinsk, while a young British girl succumbs to the vile machinations of a local Russian, jealous of her success, leading to her deportation. Tragic fate awaits a Russian girl who leaves her boyfriend for a seaman.

Globetrotting for Love and Other Stories from Sakhalin Island is a brutal, yet honest compilation of stories told in a style that not only pounds on the reader’s sensibilities and emotions but claws at the soul. The place is as much a character as the people who inhabit this collection. These are tales of love, lust, greed, hope, ambition and confusion resulting from the oil boom and its aftermath on the island and subsequent coming together of many worlds.

Ajay Kamalakaran (Russian: Аджей Камалакаран) is the author of three books about Russia. His first work of fiction Globetrotting for Love and Other Stories from Sakhalin Island, is a fictionalised account of life in the Russian Far East in the 2000s. It was published in July 2017. His latest book, a short novel titled A Week in the Life of Svitlana was released in November 2019. He served as the editor of the Sakhalin Times in Yuzhno-Sakhalinsk, Russia from 2003 to 2007 and was the India and Asia Consulting Editor for Russia Beyond the Headlines (now Russia Beyond) from 2011 to 2017. 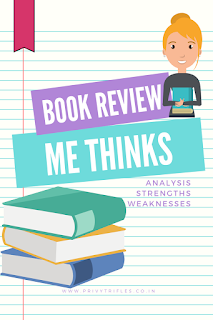 I have always loved listening to stories from new places. My grandfather lived in Russia and studied there at a time when it was the Soviet Union. Till his last breath, the memories of time spent there kept him warm. The dolls, the stories, the people, the crockery- everything about it fascinated me. Maybe that is where my love for stories was born.

When the author reached out to me requesting for a review, I was squealing with joy at the prospect of getting to read something so exquisite. I personally enjoy stories from different lands for they tell me a lot about the people living there. For me, people make a place and that is how I see any new travel destination. Holding a postcard in my hand, I could spend hours weaving possible narratives of the people living around this landmark. This book was one such glimpse for me!

As the title suggests, Globetrotting for Love and Other Stories is a collection of eleven short stories written about different people living in Sakhalin Island. Being located close to Japan and also the International Date Line, this location is sparsely populated.

Through his vivid imagination, the author seems to have chosen eleven lives to be shared with the reader and in the process give us a glimpse about live in Sakhalin Island. Each and every character is so unique that you cannot help but feel connected to their story and their struggles. The beauty of this book is that the stories are equally about these people as much as it is about the place. The twists in certain stories towards the end adds to the wow element in the narrative.

The descriptions are enthralling. It is as if you have virtually travelled to Sakhalin Island and being introduced to these people one by one, along with a guided city tour of the place. It is difficult to miss the local flavours that have been so liberally sprinkled by the author all through the stories. The metaphors, proverbs, certain words used in local dialect to create the tempo of the story - all these add to the magic of storytelling. The author has provided a glossary for all local words used and hence invited the reader, closer into the story and standing next to the characters.

With a simple tone and lucid language, the stories strike a chord with the reader. The warmth infused in these characters is like a breath of fresh air. Instead of wondering about lives far away from you, Kamalakaran makes sure towards the end of the book, you have befriended these characters. They could be you or someone you know, but their stories are oh-so-familiar with a tinge of pain and relief.

Strongly recommended for anyone who enjoys short stories and also who loves reading about new and exotic places. This book promises to be a treat till the last page and ensures so too!