Cover Reveal : The Pearl of Immortality by Nishi Chandermun 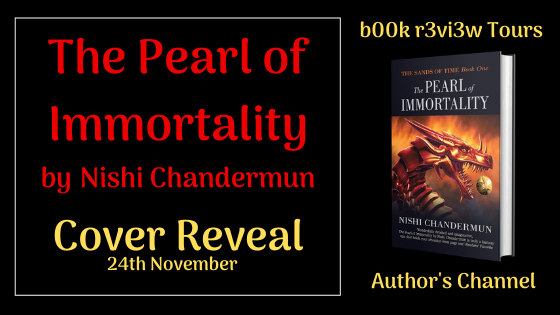 A world exists that is dominated by the forces of Light and Dark magic. A world where The Sands of Time comes to life, a unique and compelling fantasy.

Xerxes discovers an ancient golden Lamp in a shop of magical artefacts and his simple life is immediately altered, propelling him into a brand-new world inhabited by powerful alien races. 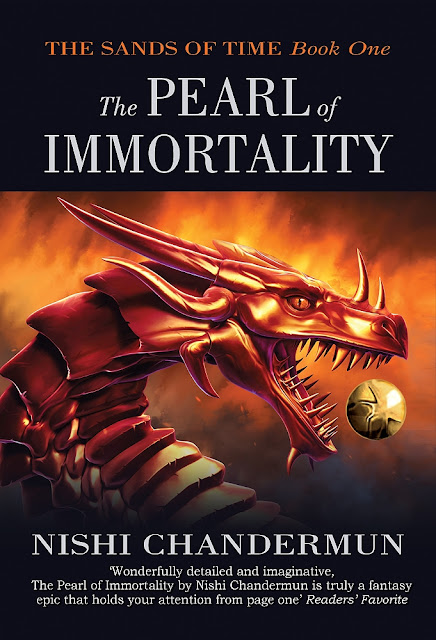 On this strange and distant planet, a world so unlike Earth, Xerxes soon discovers his new identity, one that names him Dragonheart.  Presented with his ancient dragon of more than five thousand years old, a dragon with indescribable magical abilities, he is compelled to accept his destiny as Dragon Rider. A destiny that drives him into the heart of threats shadowed over by the evil Naga race.

Can Xerxes shoulder the responsibilities of a true Dragonheart? When the significance of the Lamp comes to the fore, it becomes evident that the fate of the planet lies entirely in his strength.

I was born and raised in the city of Durban, one of the sunniest places of South Africa, where I live with my husband and three kids. However, home away from home is the magnificent Cape Town, a serene laidback city where the heart and spirit of the ancient Table Mountain beckons one to return again and again. 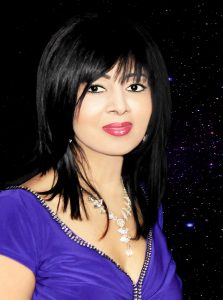 I have previously written middle grade fiction as well as illustrated books for little children. The Sands of Time series is my first venture for young adults, a project that I have been arduously researching and working on for several years. If there’s a single belief I live by, it would be this:

Masterpieces are not created overnight. All that is truly remarkable requires a magical moment of growth.