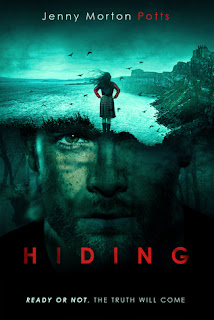 A gripping psychological thriller with chilling twists, from a unique new voice.

Keller Baye and Rebecca Brown live on different sides of the Atlantic. Until she falls in love with him, Rebecca knows nothing of Keller. But he’s known about her for a very long time, and now
he wants to destroy her. This is the story of two families. One living under the threat of execution in North Carolina. The other caught up in a dark mystery in the Scottish Highlands. The families’ paths are destined to cross. But why? And can anything save them when that happens?

They died, Rebecca Brown’s mum and dad. They were killed on a road with a big reputation. Rebecca could only imagine it. She was hundreds of miles from the scene of the crash when it happened. When she thought of that road, she pictured it covered in ice, black ice, since the accident took place on a bitter December night. The A42, was the road’s alphanumeric name. The Killer Road, they called it back then in the papers. The Killer Road has struck again! The headlines came into Rebecca’s mind like a voice, like Vincent Price, as if the road arched up into vertical life, a tarmac monster stalking its victims.

Rebecca Brown was four years old when she became an orphan, alongside her sister, Colette, and her brother, Austen. Rebecca was the youngest. She couldn’t even remember the moment she was told. What had they said? ‘Mummy and Daddy have had a terrible accident, dear. In the car.’ At the time, she knew little more than the fact. They were gone. They’d been there all the days of her life, and then they were not. Of the circumstances and detail, she knew next to nothing. Perhaps Rebecca hadn’t thought to ask questions. Perhaps there was little more to say to a child so young. As Rebecca grew, though, so did her thirst for knowledge. But it seemed that, even if there had been a window of opportunity to make her enquiries, that window got bricked up years ago. There was a solid wall now between Rebecca Brown and the truth.

Julia and Stephen, her parents had been called. ‘Julia and Stephen,’ Rebecca liked to say aloud when she was alone in her garret bedroom. She could barely remember them but she thought they sounded really nice. She was sure that they were kind people, with ready smiles and lovely clean clothes.
It was their grandparents who raised the Brown children. It was the Grands who took the youngsters into their care at Taransay, a red sandstone mansion in the north of Scotland. Taransay was only partially restored. It had vast, austere rooms and draughty, wood-panelled corridors; a real Amityville Horror of a home, scary even on a cornflower sky summer’s day, and a weird contrast to the heavenly Highland surroundings. They lived high up on a plateau that could have been made for a view. There was an imposing tree-lined driveway and the steading, as Rebecca’s grandfather Ralph liked to call it, overlooked the magnificent Morar Sands. The golden beach met the Atlantic Ocean which unfurled itself like ruffled navy silk on the calmest of days, but the fierce ones were just as precious to Rebecca, as she stood at her dormer window looking out across the sea’s tossing and turning. She loved it best when the gods got angry down there in the depths and rose up, throwing the spray right at her face.

The land surrounding Taransay was mostly meadow, with the churn and splat of their cattle’s hooves and excretions. Their cowhand, Murdo Hendry, tended the animals. They had mostly Friesians but some Jerseys whose milk was creamier with more butterfat. And they had five Swedish Reds, the strongest and healthiest of the herd, and Rebecca’s personal favourites. They sold their high quality milk to a premium ice cream manufacturer but the income from such a small herd fell considerably short of supporting the Brown clan.

Murdo also tended a half acre of vegetable patch which their grandmother Primmy was inclined to call ‘the potager’. She was often found to use French substitutes for every day words. Austen told his younger sisters that this habit of their grandmother’s was part of her general denial and dislike of where they had ended up. He claimed that her French references were a deliberate barrier to assimilation. Primrose Anctillious Brown described herself as English to the core and it had not been her choice to relocate to Scotland.

The henhouse was Rebecca’s domain. They had a couple of dozen hybrid laying hens which produced far more than they could ever eat, so they supplied their excess to Moss Mills Nursing Home which made them all feel they were doing their bit for the community. However, the Browns were utterly insular and rarely met the community. It was Murdo Hendry – himself a man of very few words – who delivered the eggs.

The perimeter of their land was marked with stone dyke walls, upon which Rebecca could balance, even on the windiest of days. She was certain that this was a skill which would be good for something.

In many ways, the Browns were living in paradise, albeit a rather unpredictable one weather-wise. The blot on the landscape was really the house which was such a strange hulking abode. There was barely a smooth exterior surface. The builder had lumped on every possible feature: turrets, balconies, oriels, buttresses, corbels and a dozen chimneys. And all of the downstairs windows had metal bars fitted on the outside. Not the pretty ones you get in Spain, but the kind you get in gaol. Taransay looked more like a Rhenish correctional facility than a family home. No, this abode was not for the faint-hearted and yet the bereaved children were brought to its huge oak door, for re-settlement; like little refugees with their suitcases and their sorrow.

The rambling, shambling, freezing house was often cited as the reason that guests could not join them. They had moved into the sprawling mansion after the accident, so that there would be room for all of them. And there certainly was. A small regiment would have found it spacious. The house was only partly restored and some years into their tenure, it had become obvious that not only would Taransay never be finished whilst under their guardianship but that nobody had the slightest ambition to try. 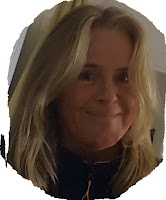 Jenny Morton Potts was born in a smart, dull suburb of Glasgow where the only regular excitement was burglary. Attended a smart, dull school where the only regular excitement was the strap. Worked in smart, dull sales and marketing jobs until realising she was living someone else’s life. Escaped to Gascony to make gîtes. Knee deep in cement and pregnant, Jenny was happy. Then autism and a distracted spine surgeon who wanted to talk about The Da Vinci Code, wiped out the order. Returned to wonderful England – and unlikely ever to leave again – Jenny, with assistance from loyal hound, walked and swam her way back to manageable health. Jenny would like to see the Northern Lights but worries that’s the best bit and should be saved till last. Very happily, and gratefully, partnered for 28 years, she ought to mention, and living with inspirational child in Thaxted, Essex.