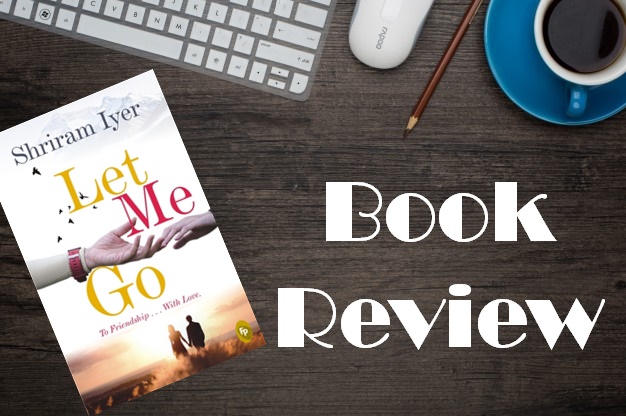 A boy and a girl can become friends.
But can they remain friends forever?

When Anshuman Kale first meets Indira Kelkar, all it takes to bring them close is a lost school bag, a missed school bus leading to a walk back home, and a few cutlets to beat the after-school hunger. As the now best friends grow up together, there is nothing that can come between their friendship. Or so they think!

At the climax of their teenage years, as Indira falls in love with a guy five years older, she finds herself caught between friendship and love—neither of which she can let go. But as their lives begin to take a turn—for good, for bad, and for the worse—Anshuman is forced to rethink one of the things he had considered a given: ‘he and Indira would be best of friends forever.’

Now estranged for years, Anshuman is looking forward to marrying the love of his life, while Indira is waiting to hear back on her euthanasia appeal.

What could have gone so wrong that she wants to end her life? As their lives intersect once again, how far will Anshuman go for Indira?

A recipient of the Shankar’s international award for creative writing from the President of India, Shriram Iyer is an accomplished singer-songwriter with over 2.5 million views on YouTube.

In 2007, he released his first pop music album, Is Dhundh Mein across India. It was launched by Shankar Mahadevan.

His first book Wings of Silence was published by Westland Books/Grey Oak Publishers in 2012. It was also published in South Korea by Darun Publishers. Shriram has also authored short stories, adapted scripts for theatre and screenplays for short films.

Born in Bangalore, he did his schooling from the state of Gujarat and has an MBA from the Melbourne Business School. He lives with his wife and daughter in Melbourne and runs his own marketing consulting business. He is currently working on his next novel.

Let me start the book review with a small confession. I had almost ignored this book, thinking it to be a romance novel. Since last couple of years the market has been flooded with so many romance novels that sometime back I decided to give this genre a complete skip when it comes to reviews. Every book was the same run of the mill kind of story with nothing new to offer. However I am so glad I finally ended up picking this book for this one stays true to its tag line “To friendship… with love.”

With a cover that is simple and elegant, it sets the tone for the book in many ways.Very rarely you get to read a book which is not a mystery novel and is still is high on suspense and intrigue. With a well woven plot and written in an engaging tone, the author has managed to grab the attention of a reader in the first few pages itself. The characters are so well endowed, that you cannot help but fall in love with them, a little more in every passing chapter. Many times I have noticed that in making interesting primary characters, the authors neglect the secondary characters completely. But I was in for a huge surprise as this book has some of the most endearing secondary characters who stay with you.

There are very few authors who are able to do complete justice, not only to the story but also it's characters and plot line bringing out the perfect read for a reader. And Shriram Iyer is surely one of those few!

Neatly divided into the different years the primary characters were in touch, the story progresses in a manner that makes you heart skip a beat with the stratagem. It is an emotional read, and given the person that I am I ended up shedding a lot of tears. Some on joy, some in pain but in the end I was smiling through my tears. It reminded me of a friend I had someone who had promised to be my best friend forever but then life had other plans.

I like how despite being high on emotions and drama, this book is an entertaining read in all aspects. There are no dull or boring moments in the narrative. It can easily be called a perfect heartwarming read that just brightened up my Valentine’s week because love isn’t only what you share with your lover; it is also something you shared with all your loved ones which includes friends and family.

Strongly recommended, this is one read that promises to brighten up the dullest day of your life.

This book is like Podi Dosa - looks simple but is full of surprises in every bite and is truly delectable!