Recommended Reads : Across the Border 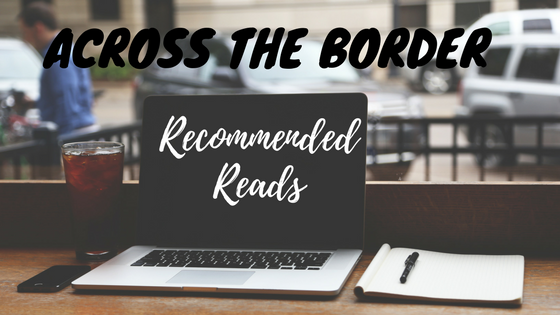 My love for reading thrived in British Library where I was fortunate to have been able to read some amazing works by acclaimed authors from across the border. Not only have I loved their books but I have also added so many of them to my own collection purely for the pleasure of re-reading those gems. There is a certain depth and poignancy in these books which moves me beyond words every time I read it. If I were to make a list of those perhaps it would need a series of blog posts so here I am just writing about the few I managed to read during this year and loved them to bits.

Nadia and Saeed are two ordinary young people, attempting to do an extraordinary thing—to fall in love—in a world turned upside down. Theirs will be a love story but also a story about how we live now and how we might live tomorrow, of a world in crisis and two human beings travelling through it. Civil war has come to the city which Nadia and Saeed call home. Before long they will need to leave their motherland behind—when the streets are no longer useable and the unknown is safer than the known. They will join the great outpouring of people fleeing a collapsing city, hoping against hope, looking for their place in the world .

2. The House of Clay and Water by Faiqa Mansab

For me, this book has to be one of the most awaited books in 2017. Everything from the title to the cover spelled elegance for me and attracted me to the book till I finally bought it for myself on my birthday last month. And then started the roller coaster ride of emotions for me!

In her debut novel set in Pakistan Faiqa Mansab captures the beauty of human relationships very well with its intricacies and fragility intact. Her words are more like lyrical prose, the power of the lucid narrative equally engrossing for a reader.Sample this -


"I was an utterance in absentia. I was a forgotten word, uttered and mislaid long ago. I was the word that existed because there was another word that was my opposite, and without it I was nothing. I gained meaning only by acknowledging that possible other."

3. Invisible Ties by Nadya A R

Starting from Karachi and travelling to Singapore followed by London this book is a heart warming story of Noor. Her character has been beautifully crafted, complete with flaws intact she comes across as someone who is confused in the beginning of the story about what she wants from life and then gradually learns, evolves as life teaches her some of the most important lessons of survival.

With language that can be called akin to poetry the narrative just flows in the book. The description of the places are detailed, transporting you to those places. Though it can always be debated if the plot was new and unheard. I have always believed that it is the treatment of the story that makes the whole difference and that is where the author scores brownie points. The story line is gripping with characters that seem real and believable.

4. A Hundred Journeys by Omar Zafarullah

There couldn't have been a better time for me to read this book. I recently lost my grandfather, someone I was very close to. He had introduced me to reading and writing. Together we shared a lot of common things , including birthday and favourite writers and could talk about books endlessly for hours. My most favourite memories have to be of the Sunday afternoons spent in Crossword trying to decide which one will it be today.

There have been so many places in the book I was teary eyed and had to stop for the fear of choking on them. The author's poignant narrative brought back those memories of the times bygone which I tried to relive them with my grandfather through the book. This book is a perfect gift from a father to his son talking about all that was theirs and how though he has grown up, he needs to know his own history, he needs to hear the stories he was a part of much before he was born and he needs to believe in the power of love which helped the generations before his cross oceans, it will help him also.From these pages I derived strength, I learnt the deeper meaning of survival and most importantly I understood how deep and powerful the ties of blood can be.

5. The Servant Boy by Reesha Goral 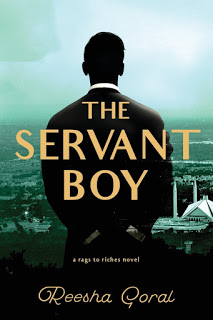 When I was approached by the author for a review the one line that struck me the most was this "In inspiration of writing this book, she was deeply impacted by her many visits to Pakistan." I was sold! If you have been following my blog you would know about my love for Pakistani literature, stories which speak about their culture, movies and television serials. Though since last 2 years I am off television I have always admired their stories which have a very heartwarming manner of dealing with human relationships. This book is one such beautiful reminder.

The author with her words managed to teleport me to Pakistan with Zayne as I witnessed his whole life. Such tenderness and detailing in describing the trials and tribulations of human life, the author won my heart with her narrative. Just when I was about to conclude that the plot is cliche, the author sprung a surprise and thereafter kept bringing up surprise after surprise keeping me glued till the last page. (P.S: I finished the book in one go!) I couldn't concentrate on anything else till I had known what happens to Zayne and for that I would give brownie points to the author. Not writing a murder mystery or suspense novel and yet engaging the reader to this extent showcases her finesse in story telling.

6. Love in Chakiwara and Other Misadventures

The greatest novel in the Urdu language' Faiz Ahmed Faiz.A small Karachi neighbourhood, Chakiwara is humdrum and unspectacular to all appearances. But inside its shops and at the street corners, there is curious business afoot. Chronicling the drama that unfolds daily is Iqbal Hussain Changezi, bakery owner and collector of writers and geniuses. He has his eyes on out-of-work comedian Chakori, apprentice to a Chinese dentist, even as the town’s mostly unsuccessful healer of physical and spiritual maladies prepares to unleash his top-secret invention, the love meter. Muhammad Khalid Akhtar presents a world at once familiar and peculiar but always surprising, his unforgettable characters keeping alive the old ways in a quietly changing Karachi in post-independence Pakistan. Love in Chakiwara is a true testament to the wit, sagacity and quiet brilliance of one of the greatest storytellers of his time.

7. Snuffing out the moon by Osama Siddique


2084 bce: In the great city of Mohenjodaro, along the banks of the Indus, a young man named Prkaa becomes increasingly mistrustful of the growing authority of a cult of priests.

455 ce: In the fabled university city of Takshasilla, Buddhamitra, a monk, is distressed by how his colleagues seem to have lost sight of the essence of the Buddha's message of compassion.

1620 ce: During the reign of the Mughal emperor Jahangir, two itinerant fortune seekers endeavour to swindle the patrician elite, only to find themselves utterly disillusioned.

1857 ce: Mir Sahib, a wandering minstrel, traverses the realms of human deception even as a rebellion against the British Raj is advancing across India.

2009 ce: In contemporary Lahore, the widow Rafiya Begum navigates legal complexities in order to secure her rights and fend off predatory charlatans.

2084 ce: A scholar revisits the known history of the cataclysmic events that led to world domination by ruthless international water conglomerates.

Across epochs and civilizations, these are intensely personal journeys that investigate the legitimacy of religion and authority, and chronicle the ascent of dissent. Snuffing Out the Moon is a dazzling debut novel that is at once a cry for freedom and a call for resistance.


From the Orange and Baileys Prize-shortlisted author comes an urgent, explosive story of love and a family torn apart

Isma is free. After years spent raising her twin siblings in the wake of their mother’s death, she is finally studying in America, resuming a dream long deferred. But she can’t stop worrying about Aneeka, her beautiful, headstrong sister back in London – or their brother, Parvaiz, who’s disappeared in pursuit of his own dream: to prove himself to the dark legacy of the jihadist father he never knew.

Then Eamonn enters the sisters’ lives. Handsome and privileged, he inhabits a London worlds away from theirs. As the son of a powerful British Muslim politician, Eamonn has his own birth right to live up to – or defy. Is he to be a chance at love? the means of Parvaiz’s salvation? Two families’ fates are inextricably, devastatingly entwined in this searing novel that asks: what sacrifices will we make in the name of love?

A contemporary reimagining of Sophocles’ Antigone, Home Fire is an urgent, fiercely compelling story of loyalties torn apart when love and politics collide – confirming Kamila Shamsie as a master storyteller of our times.

9. Feast - With a Taste of Amir Khusro by Bisma Tirmizi


Reading this book has been a walk down the memory lane for me. There were so many places where I couldn't stop my tears remembering memories associated with it. I have lost count of the number of calls I made to my family whilst going through this book. Each and every occasion is replete with some dish associated with a certain loved one and then its an avalanche of memories. This book is a heart warming read that reminds you how food binds us together for generations.

Terrorists are not born to love
Sarmad was trained as a terrorist to be ruthless, to be fearless and to take away innocent lives. He has caused pain that he can’t undo. For years, he has been living without a heart, without a soul, without her.
Mehar is an army general’s daughter. After losing a loved one she decides to go to the Swat valley with her college friends to revisit the place that holds all her childhood memories.
While Mehar is looking forward to her adventurous trip, Sarmad is working on his upcoming deadly mission.
Unwittingly, their paths cross and they are forced to stay together in the same room for eleven days. Fate brings them together, but destiny has planned something else.
Does their story end here? Or has it just begun?