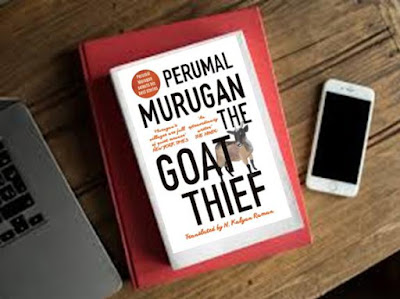 Perumal Murugan is one of the best Indian writers today. He trains his unsentimental eye on men and women who live in the margins of our society. He tells their stories with deep sympathy and calm clarity. A lonely night watchman falls in love with the ghost of a rape victim. A terrified young goat thief finds himself surrounded by a mob baying for his blood. An old peasant exhausted by a lifetime of labour is consumed by jealousy and driven to an act of total destruction. Set in the arid Kongu landscape of rural Tamil Nadu, these tales illuminate the extraordinary acts that make up everyday lives.


A master storyteller, Perumal Murugan has written award-winning novels, short stories and poems. He is also a scholar of classical Tamil and a beloved teacher. His best-known work is the novel Maadorubagan (One Part Woman) that attracted fierce controversy along with immense acclaim.

About the translator:* N. Kalyan Raman has translated some of the finest and most exciting Tamil writers ranging from Ashokamitran and Salma to Devibharati and Perumal Murugan.

I have always been a fan of translated works as they open the doors to a world which till then was unbeknownst to me. I love indulging in the local flavours, the tradition, culture and language that these stories are full of and this collection was all of this and much more. I read Peruman Murugan's One Part Woman and fell in love with his writing style. His writing is one that can be called delirious to an extent, laced with glimpses of day-to-day life. Dark, moving, suspenseful  and poignant his stories make you think.

His observations are something that left me spell bound. Taking some of the most normal things like tumblers, well etc. he has woven heartwarming stories around them. I devoured this book slowly. The 10 stories were read one by one, to let their magic sink in completely and to bask in it leisurely before moving onto the next. It is like having a tub of icecream, you want to eat it at one go and yet want to savour that experience hence eat it slowly one spoon at a time. If I could show you my copy at this moment it is full of colourful post it notes with markings as there are so many passages that left me feeling empty. One of my favourites:

"Everything that had lain frozen inside her began to thaw, and it poured out like a thick stream of treacle."


What depth of describing human emotions! He can make even the banal look like a masterpiece in his narrative. It is very difficult to choose a favourite out of these as each one was marvellous. I loved the way there was a twist to all the stories. It was like you start reading expecting a nice sweet story and somewhere in the middle you can sense something is about to go wrong, you just don't know what. And then BOOM! The ending sweeps you off your feet and lands you in the land of multiple possibilities, leaving your mind full of questions.

Strongly recommended to all short story lovers, literary lovers and most importantly for people who enjoy slices of life.

This book is like Vattayappam - looks simple, tastes heavenly.