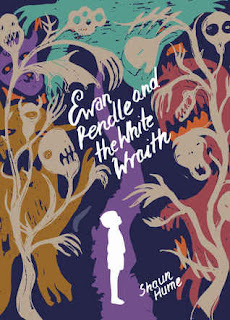 Kindle Price: Rs. 49/-  ( I got the book for review from the author)
Behind the Book
Ewan Pendle was weird. Really weird. At least, that's what everyone told him. Then again, being able to see monsters that no one else could wasn't exactly normal ...

Thinking he has been moved off to live with his eleventh foster family, Ewan is instead told he is a Lenitnes, one of an ancient race of peoples who can alone see the real 'Creatures' which inhabit the earth. He is taken in by Enola, the mysterious sword carrying Grand Master of Firedrake Lyceum, a labyrinth of halls and rooms in the middle of London where other children, just like Ewan, go to learn the ways of the Creatures.


About the Author (In his own words)

I wrote Ewan Pendle because I wanted the best of what inspired me within the books I love to live on, and I wanted to have a world like those to still be able to escape into when I wanted. The thought of anyone else reading this new story of mine, however, was not a first, second or even thirty-third thought. Ewan Pendle was for me. A world to live in which didn’t include the worry about paying the bills or getting a ‘real’ job. But sooner my thoughts also turned to what I could do with the story. And as I worked hard each day to make a difference in young people’s lives, I thought about what kind of difference Ewan might be able to make to their days also. (Source: Goodreads)

I was contacted by the author on twitter ( The first ever time) and there was something about this book that made me say yes almost instantly. And I can say it proudly I don't repent it at all. I am so glad I came across this gem of a book.

The first thing that strikes you about this book is the constant comparison to Harry Potter and trust me after reading it the comparison is very well worth it. For the HP fans who don't know how to fill that gaping hole within when the series ended this book is the answer.

With quite a few similarities in the plot, the book is pure magic to read and experience. We have Ewan who is an orphan and is sent to a school where he is taught mystical arts. By far one of the most wonderful "inspired works" of Harry Potter. The language of the book is lucid, but that doesn't take away the beauty of the plot. According to me it is unfair to compare this book with Harry Potter for it has its own unique magic. With a poignant narrative the author makes you a part of his make believe world and takes you along leaving not a single dull moment in the whole book. It is like being on a roller coaster ride, full of surprises. The descriptions are so powerful that you are just there, in that place walking down the corridors of the school with Ewan. The author makes it all come alive.

The most intriguing part is the way the book splits into more stories but none of those hamper the central story. Each story equally captivating and magical, they just multiply the joy of reading it manifolds.

Having grown up with Harry Potter for me that series is sacred and has a special place. I can never replace it. But this book comes very close to it. By the end of the book I had made a new friend "Ewan". And now I cannot wait for the next part to be a part of his world again.

Strongly recommended for all fantasy lovers, you will love this one!

This book is like Putarakelu - a sweet that is sweet but doesn't look like one, melts in the mouth in every bite leaving behind a wholesome feeling.