Behind the Book: S. Theodore Baskaran

Today at Behind the Book we have with us S Theodore Baskaran, the author of The Book of Indian Dogs. Considered to be the first comprehensive book on Indian dog breeds in over fifty years. it features the twenty-five breeds that most breeders and dog fanciers agree constitute the country’s canine heritage. Divided into three groupings—working dogs, companion dogs and hounds—the book provides detailed background notes to each breed, along with information on its physical characteristics, behavior, uses, origins and history.

Along with popular breeds like Caravan hounds (or Karuvanis), Chippiparais, Mudhol hounds, Pashmis, Rajapalayams and Rampur hounds the book also features lesser known breeds such as the Alaknoori and the Jonangi. The fruit of several years of travel and research into India’s dog breeds, as well as S. Theodore Baskaran’s hands-on experience of raising various dogs, this celebration of our dogs is a book that no dog lover can do without.


A lifelong dog lover, S. Theodore Baskaran has raised many dogs, including two Indian breeds. He has been associated with the Kennel Club of India, Chennai, and was a member of the show committee. He was instrumental in bringing out a set of four postage stamps on indigenous breeds of dogs.

Baskaran is a well-known naturalist and conservationist. He served two terms as a trustee of WWF India and has been an honorary wildlife warden in Chennai. His book The Dance of the Sarus: Essays of a Wandering Naturalist was published in 1999. He edited a book on Indian wildlife, The Sprint of the Blackbuck. He writes frequently on conservation for The Hindu and Frontline.

Baskaran’s other scholarly interests include film studies and art history, areas in which he has published books and articles. His book, The Eye of the Serpent, won the National Award for Best Writing on Cinema, 1997. He was awarded the Iyal Virudhu for Lifetime Achievement in Tamil Writing by the Canada-based Literary Garden. He is a graduate of the National Defence College. He retired as Chief Postmaster General of Tamil Nadu. He lives with his wife in Bangalore.

Let's hear him share about all things close to his heart:

1. Welcome to Reviews & Musings, can you please tell us something about your latest book, " The book of Indian dogs"?

There are many breeds of dogs that are unique to India, evolved over millennia depending upon the climate and terrain. The heavy-coated Himalayan mastiff to the short-coated Chipiparai of Tamil Nadu, they vary in appearance. The book is about them. I write about 25 breeds.There are more.
2. How and where was the idea for this book born?

Ever since I raised a native breed, way back in the seventies I have been dreaming of this. A pep talk given by a friend when I was traveling in the US, made me sit down and write, in 2015. I finished it in one year. I had the notes with me.

3. Considering this is the only book available on Indian dogs , how easy/difficult it was to set a benchmark in terms of quality content?

This is not the first book. There was one by S V Soman, titled THE INDIAN DOG, in 1962.About bench mark…there have been many books on dogs elsewhere in the world. I read them and learnt about the style, the jargon and what to look for. For instance I was very much influenced by THE BIG DOGS OF TIBET AND THE HIMALAYAS written by Don Messershmidt, an anthropologist.
4. What is the message that you would like to send through this book to all dog lovers?

To be aware of our heritage and if possible raise these dogs, particularly by who have farms and help in saving these breeds from petering out.

5. You have dabbled in a lot of areas throughout your life and succeeded in each one of them. What would you tell the youth of our country who are at a crossroads where they have to make a choice for their career?

J.Krishnamurthy used to say that the way we live our lives is like using a Shaktiman truck to transport a brick. We grossly under utilize life. There is so much we can do to enrich our lives but we are preoccupied with amassing wealth and going after status. Look at the possibilities offered by life . I meet a number of people who do interesting things with their lives, in addition to eking out a livelihood.

6. Having written a book which is backed by extensive research , how important according to you is research in writing a book on a subject you have known all your life?

Research is basic. And you have to know how to go about researching. I began my career in Tamil Nadu Archives as a researcher. That experience always comes in handy. I have researched in National archives, Delhi and in British Library in London (Not for the dog book though). I learnt a lot when working in these places. The net, social media and word processing are a big help now. They take away lot of chores.

7. After films and dogs, do we see you now writing a book on art history too?

Art history is one of my interests. I have written a few respectable monographs in the 1970s. I have translated them in Tamil and my book KAL MEL NADANDHA KAALAM (The Time when I walked on rocks) was released last month. I am very pleased with that work. As you may know I write in Tamil also.

8. How and when was your interest in wildlife , conservation and nature was born?

I grew up in a village through which a river flows by. Most of the time we were outdoors and were conscious of the external world and the creatures inhabiting it. When I studied in Madras Christian College some of the teachers influenced me. My interest began with birdwatching there and later widened. In my career I was posted in many places in India, in Assam, in Bengal in Gujarat and so on. So I saw the country and its wild places.
9. Please share any new projects you are currently working on.

I am putting together some of the Tamil articles I had published on cinema. I am translating into Tamil a book in English on Chola bronzes. I find this fascinating, to search for the right words and metaphors. The book is written by a professor of Art History in U S.

This world is a fascinating place. There are many many subjects of interest. Choose your area and get involved. You can keep your life full of zest. 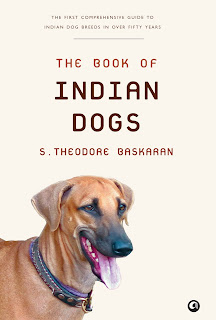