Behind the Book : Farhad Sorabjee

Today Behind the Book we have Farhad Sorabjee, author of the highly acclaimed book God on Every Wind. 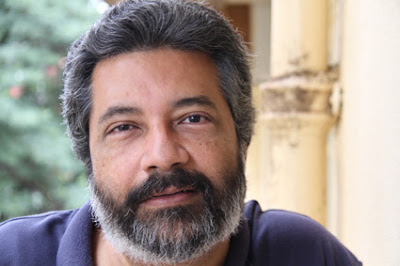 Farhad Sorabjee lives in Mumbai, India. He is the author of several playscripts and two film scripts. Productions of his work have been staged in theaters in India. Farhad's plays have been developed as part of the Royal Court International Programme and at Soho Theatre, London. God on Every Wind is his first novel.

Let's hear him talk about his journey behind this book.


1. Welcome to reviews and musings. For a debut novel your book deals with a topic that is very unique. How did you decide to write this story? What was the inspiration behind it?
I don’t think I ever consciously decided to write this story. I just put the very bare bonesof the thing together and then it took on its own life as we went along! I think strong, iconoclastic women seem to run through most of my written stuff, so if there’s to be one ‘inspiration’, that may be it. Also, the idea of a ‘higher’ cause trumping personal relationships has an element of sacrifice and nobility that appeals to me.

2. For a novel like this, a lot of extensive research would be needed. How was the experience?

I don’t think much research was needed for the India part of the book: I have lived the majority of my life in Bandra, where the book is set. Bandra need no research for me! Yes, Africa is a challenge, but a choice I consciously made to deprive myself of the laziness of a safe comfort zone. It’s just a question of zeroing in on one part of a vast continent and then devouring as much information as you can about it. You also know your story, so the particular areas of the landscape you need to flesh out are known.Whether it works, that’s a different question…

3. If asked to describe.your book in one line it would be?

4. Your book has been shortlisted for an award. It is also being compared to Mohsin Ahmad's novel. How does it feel to see it reach such heights?

I guess it’s always nice to be recognised for ability, but I’m clear there is some way to go yet! Obviously, I’m flattered by comparisons to The Reluctant Fundamentalist (I presume!), which a beautifully-nuanced,delicate work on a very realglobal issue. But they’re very different books. My situations are largely vehicles for driving the characters and the story.

5. If given a chance is there anything you would like to change in the book? What and why?

There will always be things you feel you could have done better, and you can find ways to improve on a work every time you look at it, even after hundreds of reviews. I thinkthirty or forty-odd revisions are quite enough – one needs let it go and to move on!

6. Any future projects you are working on currently.

The book took about eight years to come to print. Hopefully the next one will take less, but it is a long process and I don’t like letting things even be seen by anyone without being happy that they’re pretty final and fit for showing. I do write plays as well, and have done a couple of things there as well since the book. And then I am pretty tied with the law practice. Time is in annoyingly short supply!

7. For an average Indian reader, what should be that one reason to pick your book and read it.

Well, maybe one could pick it up and read it as an alternative to a Tinder search! It may help find the meaning of a ‘relationship’s better! I do believe we live in a trivialised,twit-sized world where principles, and ideals havesomehow become ‘uncool’.Maybe try it to get back in touch with your innate faith in ideals?

8. As a writer how do you deal with criticism?

That’s where being a lawyer helps in heaps. We’re constantly being told we’re talking rubbish by the other side, forced to think about their argument, and then discard it if it’s rubbish itself. So no problem. And I always ask people to tell me their problems with the work – saying ‘it’s fantastic!’ doesn’t really take me any further.

9. Any personal hacks for dealing with writer's block?

No such thing. I mean, you can pressure and stress yourself out of being productive, but people who say they can’t write unless they get ‘inspired’ are probably not writers at all. It’s work. Sit down and do it.

In a nutshell, to understand myself, my world. 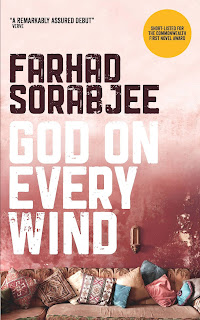 Philomena is a born rebel, disillusioned with her middle-class comfort and the expectations of her parents. Nestor is an impoverished African exile with the heart of a poet. When the two meet by chance on the streets of 1960s Bombay, their attraction will change their lives forever. Spanning two continents and following a story of love, loss and politics set against a backdrop of turbulent societies, times and allegiances, God on Every Wind is a powerful debut novel exploring the possibilities and limitations of individual and political revolution.