Behind the Book: Biddu 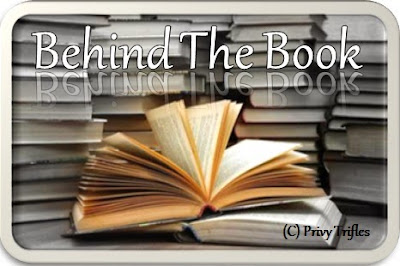 Having grown up listening to Made in India as a teenager, this book was something that I really enjoyed reading in a long while. It made me want to know more about him and unravel the enigma called Biddu to the world which happens to a very large extent in this book. I am sure many of you need no introduction when I say Biddu, but still sharing some insights of his life.

Biddu was born in India, where he started his career playing in a pop band whose influences lay in the classic repertoire of the Beatles and the Rolling Stones. Following his early success, he decided to hear West and move into the international music arena. He struck gold, signing the unknown Carl Douglas and producing "Kung Fu Fighting?" which went on to become a hit all over the world. He also wrote and produced hits for Tina Charles and soul legend Jimmy James.

Around this time, Biddu became involved in Indian music: he composed the cult "Aap Jaise Koi" for the film Qurbani which set a new landmark for sales in India He followed this up with a pop album, Disco Deewane, with Nazia Hassan, which became the largest selling pop album in Asian history, and was the first Indian album to hit the charts in fourteen countries. In 1995, Biddu wrote and produced the three-million-selling album Made in India with the singer Alisha Chinai. To date, Biddu has sold over thirty-eight million records worldwide.

As a child, Biddu dreamt of going west and making it big as a composer. At the age of sixteen, he formed a band and started playing in a cafe in Bangalore, his home town, At eighteen, he was part of a popular act at Trinca's, a nightclub in Calcutta devoted to food, wine and music, At nineteen, he had college students in Bombay dancing to his music.

In his early twenties, he left the country and ended up hitchhiking across the Middle East before arriving in London with only the clothes on his back and his trusty guitar. What followed were years of hardship and struggle but also great music and gathering fame. From the nine million selling "Kung Fu Fighting" to the iconic youth anthem of "Made in India" and the numerous hits in between. Biddu's music made him a household name in India and elsewhere.

In this first public account of all that came his way: the people, the events, the music tours and companies Biddu writes with a gripping sense of humor about his remarkable journey with its fairy tale ending. Charming, witty, and entirely likable, Biddu is a man you are going to enjoy getting to know.

1. Welcome to Reviews & Musings. Your book talks about the lesser known facts about your life with many things that came as the surprise to readers. Hitchhiking through the Middle East and reaching London with only your guitar you have seemed to have an adventurous beginning to life. Are you still as adventurous as then?

In brief no. Youth allows you to be adventurous and take gambles and risks. As you age, experience and wisdom can slow you down. Along with fear of the unknown. Youth does not know fear.

2. If given a chance today what is that one thing that you would like to change about your life? And why?

3. Alisha Chinai’s Made in India had almost become a national anthem during the 90's when it was released. Any memories associated with that song.

I wrote that song inspired by a few Pakistani friends from the group Junoon. I noticed when recording them, how patriotic they were about their country. I thought I need to do something that brings out the patriotism of people in India. Often people in India think in terms of caste or religion and only in times of war think of themselves as Indian. I came up with the title while walking my dog. Then I came up with the hook, slowly the melody and lyrics came to me bit by bit.

4. If there is one thing that comes across strongly in this book is your burning ambition to achieve something in life. Since then till now, not much has changed in our country where dreams are still sacrificed at the altar of “What will people say” rather than anything else. What would you like to tell all those aspiring dreamers who like you want to follow their passion and become something in their life albeit on the roads less travelled?

5.Any favourite portion from the book you would like to quote here for our readers to read and enjoy.

It’s probably the last line in the book. “I am a citizen of the world , but inside, truly deep inside, I am still made in India.” Because, I don’t believe in boundaries, nationalism and religion. I feel global, but I am aware my roots took birth in India.

6.  What next? We are all keen to know where your journey ends.

The book I’m working on is a ‘who dunnit’ set in Spain. It’s a tough one, as I’ve never written in genre before. But, I’m keeping it fast paced, interesting and entertaining.

7.  Words for your fans and followers.

This interview was conducted as a part of the Blog Tour done by Book R3vi3ws
Email Post
Labels: Author Interview Behind the book Biddu Biography Indian author