Book Review: Ajaya: Roll of the Dice (Epic of the Kaurava clan, #1) by Anand Neelkantan


THE MAHABHARATA ENDURES AS THE GREAT EPIC OF INDIA. But while Jaya is the story of the Pandavas, told from the perspective of the victors of Kurukshetra; Ajaya is the narrative of the ‘unconquerable’ Kauravas, who were decimated to the last man. *** At the heart of India’s most powerful empire, a revolution is brewing. Bhishma, the noble patriarch of Hastinapura, is struggling to maintain the unity of his empire. On the throne sits Dhritarashtra, the blind King, and his foreign-born Queen – Gandhari. In the shadow of the throne stands Kunti, the Dowager-Queen, burning with ambition to see her firstborn become the ruler, acknowledged by all. And in the wings: * Parashurama, the enigmatic Guru of the powerful Southern Confederate, bides his time to take over and impose his will from mountains to ocean. * Ekalavya, a young Nishada, yearns to break free of caste restrictions and become a warrior. *


Karna, son of a humble charioteer, travels to the South to study under the foremost Guru of the day and become the greatest archer in the land. * Balarama, the charismatic leader of the Yadavas, dreams of building the perfect city by the sea and seeing his people prosperous and proud once more. * Takshaka, guerilla leader of the Nagas, foments a revolution by the downtrodden as he lies in wait in the jungles of India, where survival is the only dharma. * Jara, the beggar, and his blind dog Dharma, walk the dusty streets of India, witness to people and events far greater than they, as the Pandavas and the Kauravas confront their searing destinies. Amidst the chaos, Prince Suyodhana, heir of Hastinapura, stands tall, determined to claim his birthright and act according to his conscience. He is the maker of his own destiny – or so he believes. While in the corridors of the Hastinapura palace, a foreign Prince plots to destroy India. And the dice falls…See the video HERE to know more about the book


As an author Anand Neelakantan needs no introduction. This is Anand’s second book and follows the outstanding success of his national #1 bestseller, ASURA Tale Of The Vanquished (Platinum Press 2012). AJAYA Book II, Rise Of Kali, is due for release later in 2014. Anand can be reached at: mail@asura.co.in


I have always admired Anand Neelkantan’s style of writing since the time I read Asura I became a huge fan. The problem with us Indians is that we are so besotted with the version of mythology presented to us since childhood that we hardly want to believe something else beyond that exists and the author just does that and that too with a perfection that is impeccable.


This being the first one in the series it kind of sets a tone for what can be expected from the others that are going to follow and yes it is truly a masterpiece that is if you choose to ignore the minor glitches here and there in terms of detailing of scenes and narrative.


It is a nicely written book with a wonderful beginning which kind of sets the tone for the reader in terms of what to expect in the book. The characters are also very nicely drawn and detailed giving the reader an instant connect with them within the first few pages itself. I enjoyed reading this one specially for the detailing the author has managed to do making some of the characters come alive and those scenes playing before your eyes. I am looking forward to the next book undoubtedly as I am very keen to read his version of one of the greatest mythological parable we have been hearing since ages.


Strongly recommended for one and all – specially for its uniqueness!


Foodie Verdict
This book is like Panchamruta - the most pious prasads, tasty and delicious! 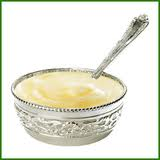